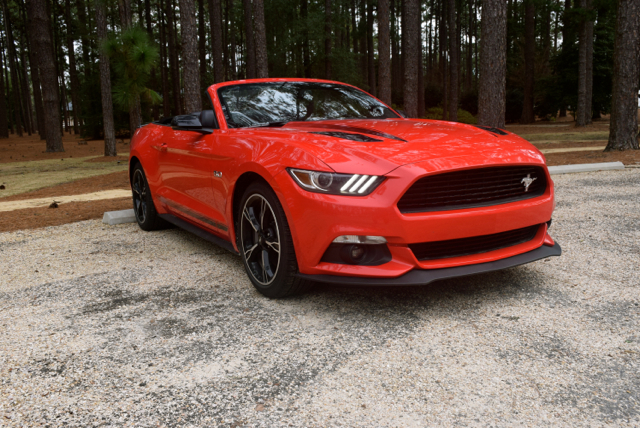 In the 1980s, the threat came from within as Ford executives seriously considered replacing the rear-wheel-drive Mustang with a front-wheel drive and Japanese-built Probe. Happily, that desecration did not happen as an enthusiast-led insurgency inflamed by Autoweek forced Dearborn’s hand. Consequently, the fourth-generation Mustang was released in 1994 to critical acclaim, the first all-new model in 15 years.

A twist to the Mustang saga came early in the new millennium as the Mustang’s chief rival, the Chevrolet Camaro, was canceled. A rivalry hatched in the late 1960s was gone and with it Ford could have just as easily rested on its laurels or vanquished its steed to obscurity. Fortunately, a new breed of forward-thinking Ford managers was in place and had the tenacity to not just maintain Mustang within the blue oval corral, but to elevate its position.

In 2005, a retro-inspired model was released, one that effectively united a modern demeanor with heritage styling cues, while introducing America’s pony car to a new generation of car buyers. That fifth-generation model must also receive credit for forcing GM’s hand to revive the Camaro as well as Chrysler’s decision to bring back the Challenger. Certainly, the Mustang is dream maker all by itself, but with competitors once again nipping at the bridle, its been “game on” ever since. 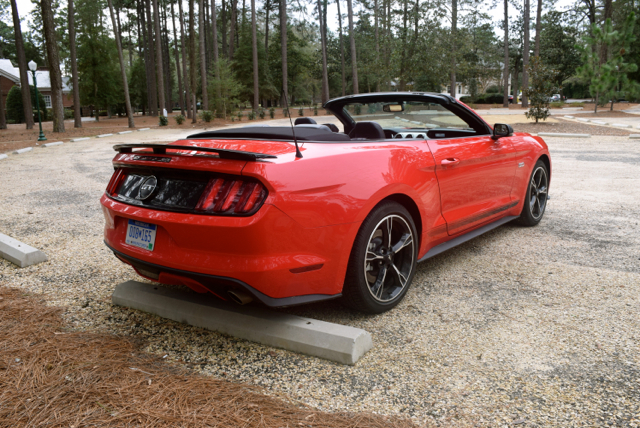 Fortunately, I avoided a close encounter of the legal kind and managed to execute my own form of foot stomping justice. All Mustang GT models are powered by a 5.0-liter, naturally aspirated V-8 engine making 435 horsepower and 400 foot-pounds of torque. The transmission pairings are 6-speed manual or automatic gearboxes — the self-moving slush box was my lot for the week, this model’s only major demerit. 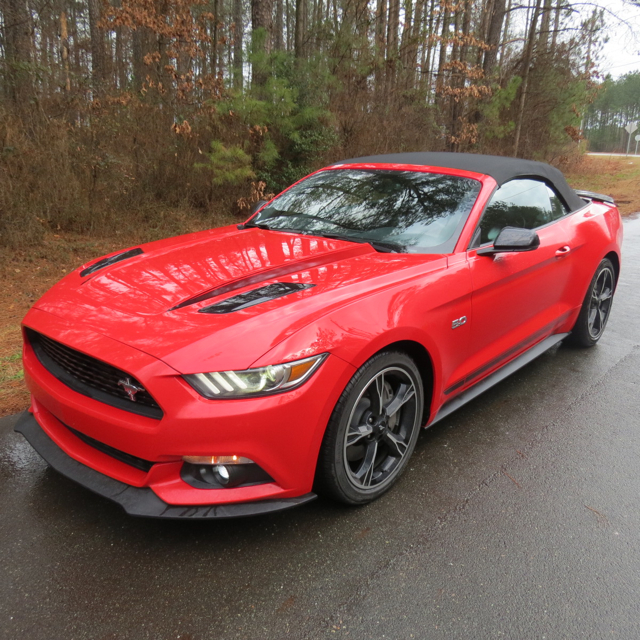 The Mustang GT brings in certain embellishments to amplify the steed’s countenance. Introduced in 2015, the 2016 edition adds something fans have been wanting to see return for years — hood vent integrated turn signals. Yes, indeed — at each sharp crease in the hood you’ll see the signals at work, although you’ll have to lean over toward the passenger side to see the right turn signal in action. 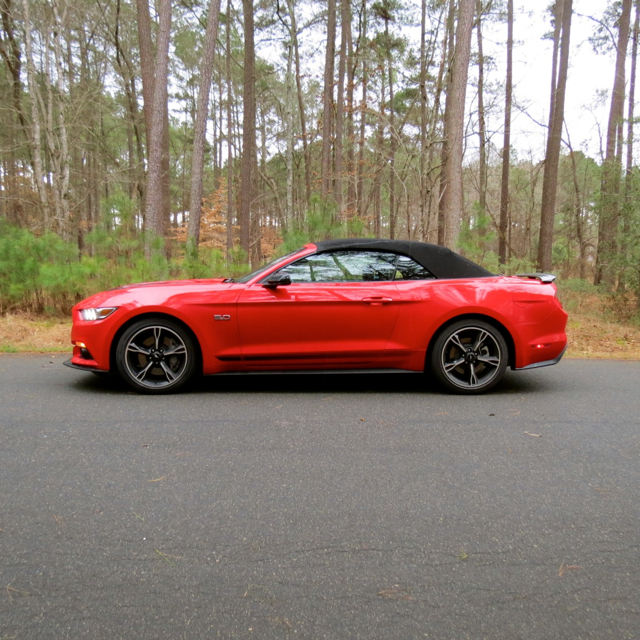 The Mustang GT is all about upholding the traditional American V-8 engine and doing so without forced induction. While a supercharged version along the lines of the Challenger Hellcat would be fantastic, Ford provides that option only through Hennessey Performance and then limited that number to just 500 units for the 2015 model year. Aim for scarcity and you’ll never sully the Mustang brand. 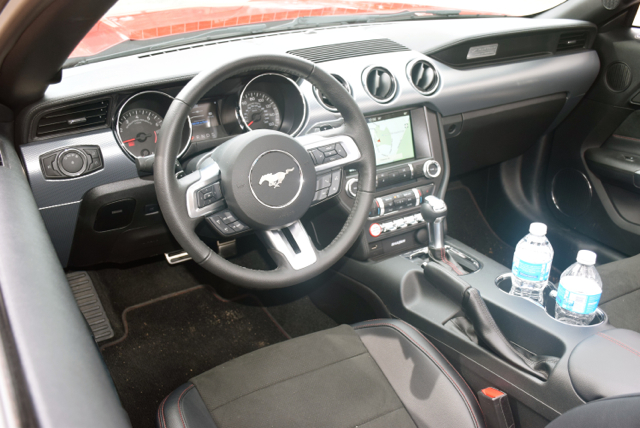 Second, the Mustang is now available in more than 100 markets, making it a truly global player. Thus, combining its expected straight line speed with Euro-type handling, makes this sleek conveyance more appealing elsewhere. In doing so, Ford likely also puts to rest once and for all that it’ll ever design a model like the second-generation Mustang. Or, worse, decide on a front-wheel drive platform. 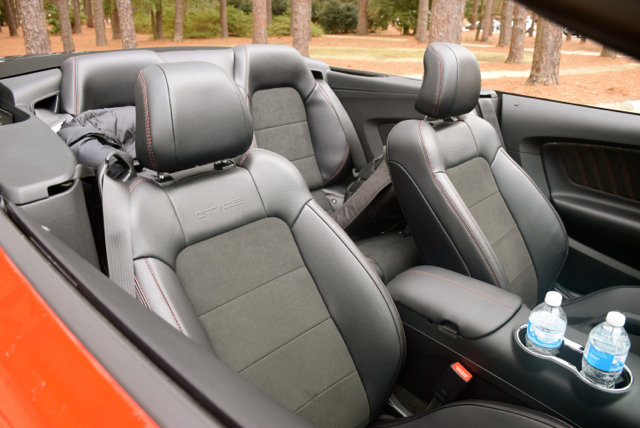 Dropping the top is as easy as turning the release handle and holding a high-mounted switch in place until the roof quickly descends into a tidy compartment behind the rear seat. Immediately, this model is transformed into a wind-in-your-hair sport coupe, ideal for those long and languid drives up the Pacific Coast Highway or for skirting around Pinehurst, the Hamptons or Palm Beach.

North Carolina’s winters are fairly mild, but not enough to enjoy the days with the top down for long. Still, with the conditions relatively calm and the sun breaking through the high clouds more often than not, dropping the soft top enabled me to take in the exhaust note and sense a stronger connection to the road. The rise and fall of the engine as well as every belch and toot of the exhaust system is amplified. Just look at yourself in a mirror as a silly grin now dominates your face. 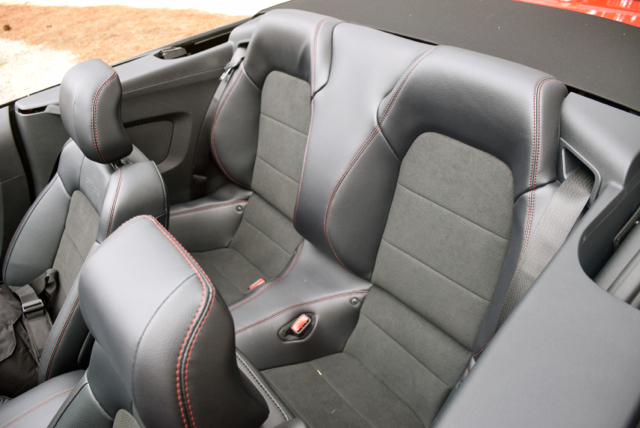 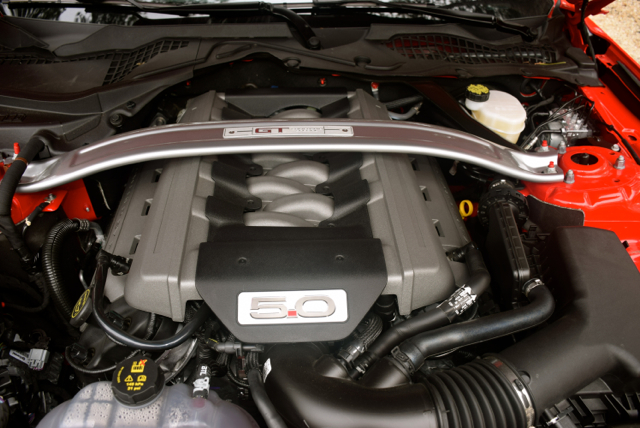