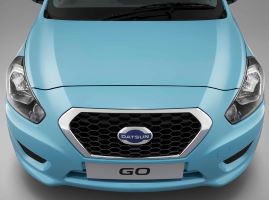 “Drive a Datsun, then decide,” was the marketing mantra for a certain type of Japanese vehicle sold in the United States well into the 1980s. Datsun was the marketing name for Nissan products marketed abroad for several decades, before switching to the eponymous label beginning in 1982.

The Datsun moniker, though, was resurrected in 2012 for select markets. But that revival is over as Nissan will once again discard Datsun.

Datsun: revival, then a cancellation

Why was Datsun revived? Why did Nissan use the name in the first place? We will answer the second question first as that will set the table for the revival and cancellation.

Unless you are an automotive enthusiast, the Datsun name may be unknown to you. But in the 1970s when the Japanese brands were making significant inroads in the U.S., the label had a strong identity. Indeed, the Datsun (or Datson) moniker was first used in 1931 as the Dat Motorcar Company launched in Japan. Three years later Nissan took over the company but retained the Datsun name for its cars, although Nissan was later affixed to its trucks.

In 1958, Nissan entered the U.S. market with its first Datsun models. Two years later, the company established the Nissan Motor Corporation in U.S.A. but continued to use the Datsun name. In the 1960s, Nissan badging began appearing on some cars in Japan, which started a rebranding there. By the early 1980s, the company decided to ditch Datsun completely for Nissan, a move that cost tens of millions of dollars to complete. By 1986, the last Datsun models were replaced by Nissan, ending a brand name that endured for more than a half-century.

The transition from Datsun to Nissan became by placing “Datsun by Nissan” emblems on some models or jointly including both nameplates on various vehicles. Nissan began ditching its traditional alphanumeric naming convention as Datsun models such as the B210 and 510 became the Nissan Sentra and Maxima, respectively. The Maxima was initially sold as the Datsun 510 Maxima before transitioning. Still, it would take more than a half-decade before consumers embraced Nissan with the same fervor they had with Datsun.

In 2012, then Nissan CEO Carlos Ghosn announced the revival of the Datsun name. Instead of replacing Nissan, the brand would represent a line of low-cost models available in select markets. Those markets included Indonesia, Russia, India, and South Africa, ripe locations to launch a series of budget vehicles.

The initial model launched for the revived brand was the Datsun GO, a “super-mini” hatchback powered by a 1.2-liter engine. The GO shared many features with the pricier Nissan Micra, including its powertrain and nearly all its interior. Incidentally, the Micra was sold in Canada for the second half of the 2010s, but it never made it stateside.

As for the GO, it was soon joined by a wagon variant, the GO+ as well as the Cross, a utility vehicle. Additional models were developed for specific markets, including the redi-GO for India. Russia received the on-Do and the mi-Do. Both models were based on existing Lada products. Incidentally, Lada is owned by Renault which is today in an alliance with Nissan and Mitsubishi. The Russian-specific models and the Datsun Cross were last produced in 2020. The remaining models will close out the Datsun brand when it goes away later this year.

Datsun’s disappearance will go unnoticed except in a few markets. Nissan won’t abandon them and will continue to service Datsun vehicles moving forward. Likely, consumers will find a wide variety of Nissan models, including some that may replace discontinued Datsun lines.

See Also — From Datsun to Nissan: 40th Anniversary of the Maxima Sedan