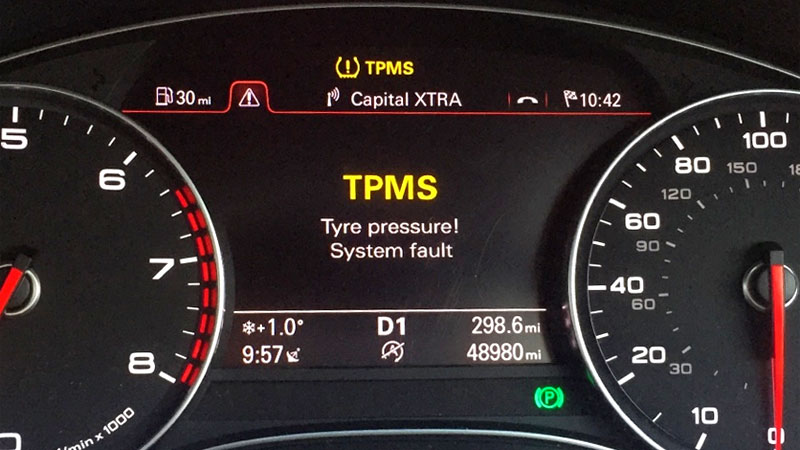 Today’s vehicles come equipped with an ever-growing number of safety appliances, intended to keep motorists out of harm’s way. Many features and functions of this type are government mandated, and now come standard on virtually every vehicle manufactured.

Few of these safety features and functions are as prevalent as the Tire Pressure Monitoring System (TPMS), which was universally adopted by American automakers in 2007. This system alerts drivers when one or more of their vehicle’s tires have begun losing a noteworthy amount of air.

Though quite helpful in a sense, the modern TPMS system is not without its occasional flaws. With time, the components utilized by this system are subject to failure, thereby presenting a TPMS Fault, which must be addressed.

Read on to learn more about TPMS faults, as well as how to handle such issues, should they arise in the future.

The modern Tire Pressure Monitoring System relies upon a set of sensors, which transmit critical data to a central management unit. This data reflects the approximate air pressure found within each tire. Each tire mounted on a vehicle equipped with a TPMS system has its own position-specific sensor, thereby allowing for efficient monitoring.

Unfortunately, these sensors are not intended for indefinite use, and typically require replacement at some point during the average vehicle’s service life.

This stems from the fact that each TPMS sensor is fitted with a miniature battery, which discharges over time. These batteries are non-replaceable, necessitating sensor replacement upon failure.

When a particular TPMS Sensor is no longer capable of transmitting data to the vehicle’s receiver, a TPMS Fault is stored, notifying the vehicle’s driver that monitoring has been effectively compromised. In order to alleviate this fault, the sensor in question must ultimately be replaced.

Many vehicles featuring first-generation Tire Pressure Monitoring Systems proved incapable of distinguishing between a faulty TPMS sensor, and a low PSI reading. In fact, only a single light was used in most cases to indicate either of these two issues.

For this reason, a “Sensor Fault” might be indicative of little more than a low tire in certain situations.

Where Are TPMS Sensors Located? 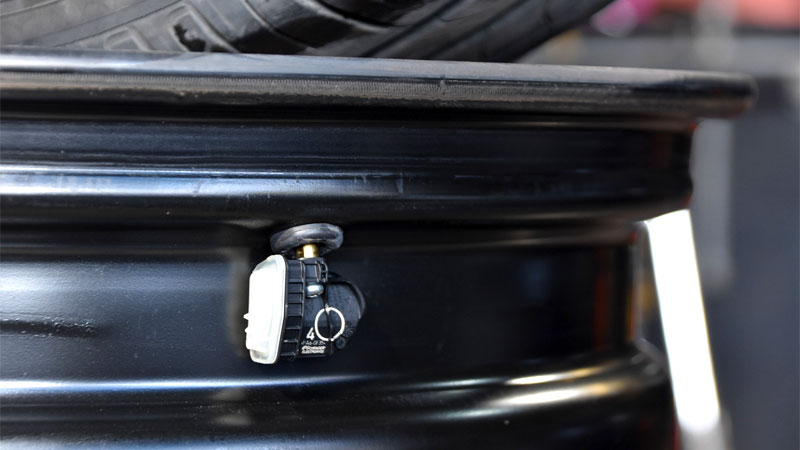 The TPMS sensors are mounted to a tire’s valve stem, lying just to the inboard side of a tire’s bead. Due to the location of this sensor, special care must be taken when mounting or dismounting a tire, in order to prevent damage.

However, a few manufacturers have been known to mount a wheel’s TPMS sensor within a tire by alternative means. Many Ford vehicles feature TPMS sensors that are affixed to a metallic band, which clamps around the center circumference of a tire’s rim.

A Tire Pressure Sensor Fault can be caused by a number of underlying issues. Understanding the potential causes of this fault can prove helpful when attempting to remedy the problem at hand.

The following are several of the most common causes of a TPMS Fault.

One of the most common causes of a Tire Pressure Sensor Fault is the loss of battery charge within a TPMS Sensor itself. These sensors contain small batteries that discharge with time, thereby necessitating sensor replacement.

In certain cases, a tire’s TPMS Sensor can become damaged. This most often results from tire-to-curb impact or the use of incorrect tire mounting/dismounting procedures. More often than not, replacement of the affected sensor will be required.

While most vehicles now differentiate between a “Low Tire Warning”, and a “Tire Pressure Sensor Fault”, some earlier vehicles did not. For this reason, a TPMS Fault might indicate little more than low tire pressure.

In this case, the source of the affected tire’s air loss must be diagnosed.

Can You Drive With a Tire Pressure Sensor Fault? 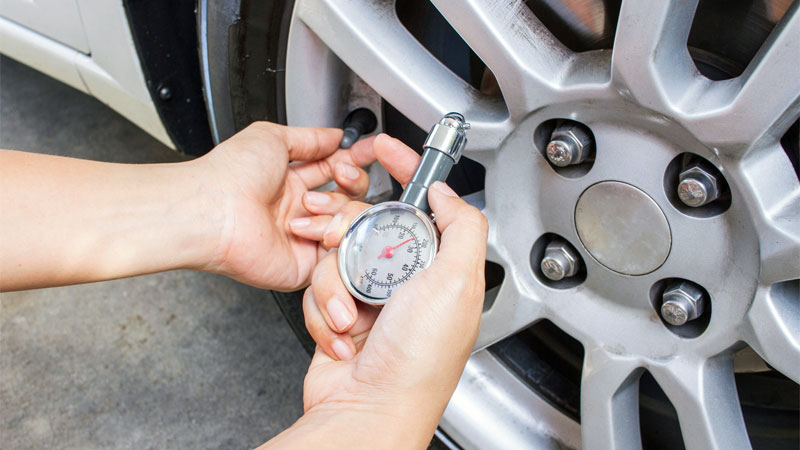 You can drive with a TPMS Fault. However, doing so is not generally advised. This is due to the fact that in the presence of this fault, a vehicle’s TPMS is rendered ineffective. Though the system itself is still active, it registers little more than the presence of the fault in question.

Simply put, one is always advised to have a TPMS Fault corrected at the first available opportunity. This prevents a motorist from experiencing a low-tire condition at another wheel-end location, unbeknownst to their knowledge.

TPMS sensor replacement is now far less expensive than it once was, leaving little reason to ignore such issues.

At the very least, you should check each of your vehicle’s tires for proper inflation with the use of a manual gauge, before driving any further.

Certain vehicles register low PSI readings as “Tire Sensor Faults” making it necessary to manually establish whether or not each tire is adequately inflated. Driving on an underinflated tire can not only be dangerous but can also do severe damage to an otherwise repairable tire.

How Can You Tell Which Sensor Is Bad?

Most late model vehicles now feature a selectable TPMS display, which can be accessed via a vehicle’s instrument cluster. This display will provide feedback regarding each tire’s rate of inflation, and will also identify the sensor that is not providing feedback.

A non-responsive sensor will generally provide no value whatsoever when reviewing this prompt.

Outside of this menu, the location of a defective TPMS Sensor can also be identified through the use of the TPMS relearn tool. Most qualified tire shops and service centers have a tool of this type at their disposal, thereby simplifying the task of identifying a faulty sensor.

Can You Change a TPMS Sensor at Home?

Theoretically, a TPMS Sensor can be replaced at home. However, doing so generally requires the use of several tools that the average person does not have at his or her disposal. This includes a tire machine and all appropriate toolage, as well as a TPMS relearn device, in many cases.

Since a vehicle’s TPMS sensor is mounted to a tire’s valve stem in most cases, the affected tire must be deflated and partially dismounted to facilitate replacement. The use of improper equipment to accomplish this task can result in damage to the bead of a tire, thereby causing a significant leak.

The exact cost of TPMS sensor replacement varies significantly, based on the year, make, and model of the vehicle that is to be repaired. While replacement sensors for some vehicles are easy to come by and economically priced, others are offered at a premium.

However, based on general averages, one can expect to pay between $70-$200 to have a single Tire Pressure Monitoring Sensor replaced and reprogrammed. Again, this number might be significantly higher, in the case of luxury vehicles, or those of a non-domestic make.

TPMS Sensor Replaced But the Light Is Still On

Assuming that your vehicle’s defective TPMS Sensor had been properly replaced, the continued illumination of a TPMS light indicates that this sensor has not yet been registered by the vehicle’s receiver. Most vehicles require a relearn procedure to be performed, in the event that a TPMS sensor has been replaced.

TPMS reset procedures differ from one model of vehicle to the next, though most centers around the use of a specialized relearn tool. Alternatively, some manufacturers require a vehicle to be driven at a designated speed for a set period of time, before a new sensor will be recognized.

If ever in doubt, return to the service center that installed your vehicle’s replacement TPMS sensor, and express your concerns. In most every case, this issue can be alleviated in minutes, getting you back on the road, free of unnecessary worry.