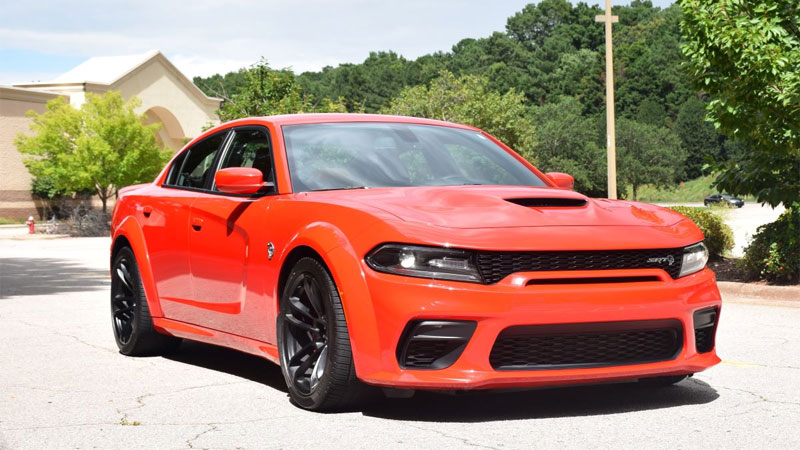 Image Above: The 2020 Dodge Charger line is topped by this SRT Charger Widebody. You’ll pay about $70,000 to acquire one.

See Also – The 2018 Dodge Challenger SRT Demon by the Numbers

Dodge’s use of the Hellcat name originated in 2015 when it released a 6.2-liter supercharged V8 engine for both the Charger and Challenger. In 2018, the Jeep Grand Cherokee got its version, which was named the Trackhawk.

That same year Dodge made a crate engine (hellcrate) available to anyone wanting this engine to upgrade their ride. Beginning in 2021, we’ll see a Dodge Durango SRT Hellcat, what’s likely to become the fastest SUV in the world.

History of the modern Dodge Charger

Car fans know that the original Charger name was affixed to a sport coupe in the 1960s and 1970s. What they prefer to ignore is that this name was later used on a subcompact front-wheel-drive model for six years in the 1980s.

While the switch to four doors angered some when the current model rolled out in 2005, various performance versions have consoled the faithful. Besides, with the Challenger coupe’s arrival in 2008, happiness followed. This writer has gotten over his disappointment that the Magnum wagon disappeared in 2008 after an all-too-brief four-year run.

Origin of the Current Charger

Credit DaimlerChrysler with supplying us with the Magnum, Charger, 300, and Challenger. DaimlerChrysler was the name of the entity founded in 1998 that brought Mercedes-Benz and the Chrysler Corporation brands under one name. The LX platform underpinning these models comes from the Mercedes-Benz E-Class platform of the 1990s, but the American version was designed stateside.

Chrysler tapped the Mercedes parts bin for its five-speed automatic transmission, all-wheel drive, rear differential, and the multi-link rear suspension. In 2011, four years after separating from Daimler, Chrysler rolled out an updated platform and dubbed it LD (the Challenger sits on an LA variant). The three remaining models are based on the 2011 update.

In recent years, we’ve seen Dodge roll out Widebody versions of its Challenger and Charger. No, Dodge did not broaden vehicle width, but they did add bodywork such as chunky wheel lips to give these models an even more formidable presence. 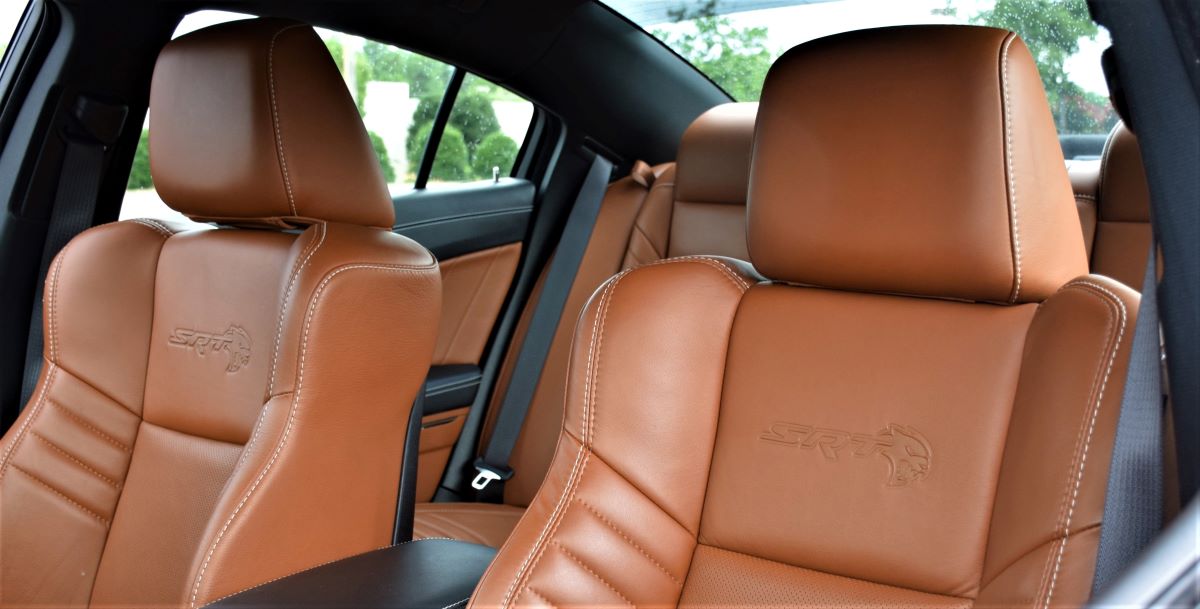 Besides the various “widebody” exterior enhancements, the Hellcat benefits from several interior features and upgrades. We point out the front seats which are wide, gently bolstered, and all-day comfortable.

In other words, they’re much more livable than the sport seats you find in many other models. In fact, I believe if you are a larger individual – taller and a bit wider, you’ll find these seats quite pleasing. Few cars can deliver such and that’s why pickup trucks are popular for bigger people. 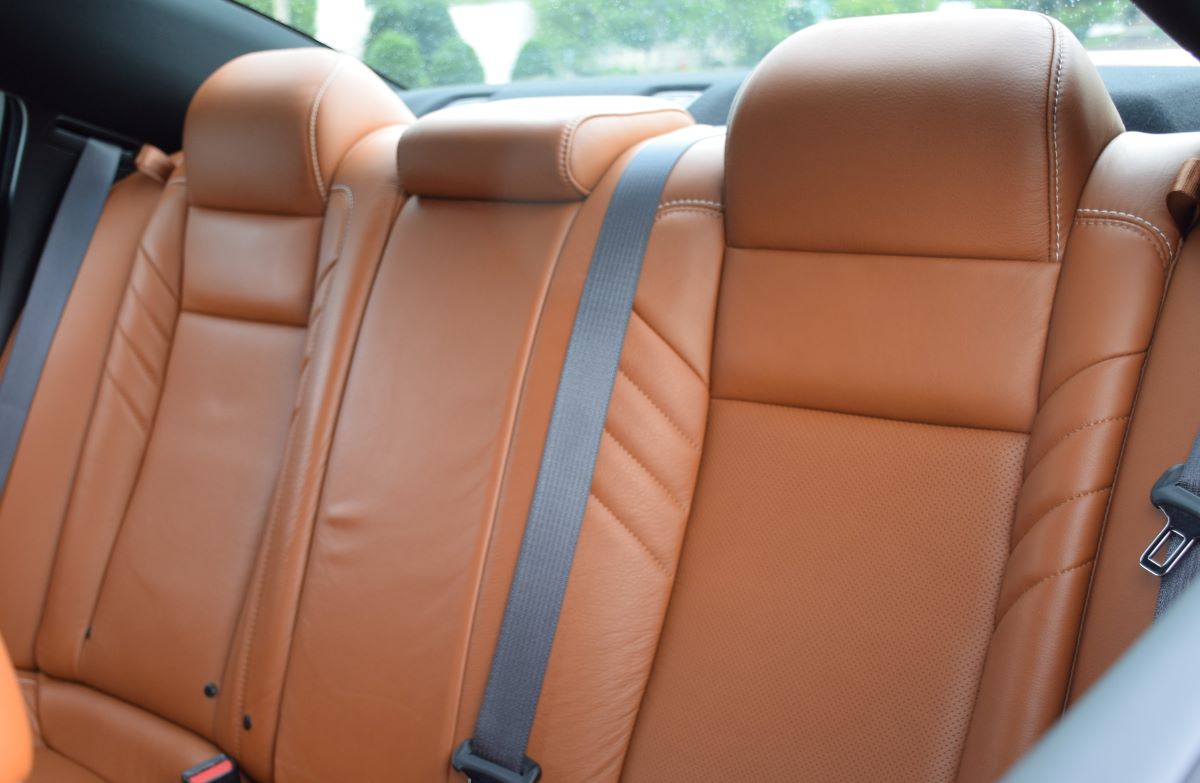 Move beyond the base model and you’ll find an ample amount of soft-touch materials. We liked the Hellcat’s quilted leather seats with the SRT debossing. It’s a fetching look without being overwrought.

The center stack is cleanly ordered with an 8.4-inch touch-screen display (7 inches in base trims) with knobs and switches underneath to control audio and climate functions. The fat transmission shifter seems entirely appropriate for this model as do the metal-wrapped pedals.

The Charger’s aged design doesn’t help it with crash test scores, although it still earns high marks from the NHTSA, while the IIHS is less forgiving. The institute’s small front overlap testing typically favors modern models.

With the Charger, it scored marginally. That said, the Charger does come with several features that go beyond the requisite suite of airbags and a rearview monitor. All models come with rear parking sensors.

You have to move up through the trim ranks to find such features as automatic emergency braking, adaptive cruise control, automatic high beams, and blind-spot monitoring. They’re available and are certainly worth considering.

Most manufacturers offer one or two engines for each model and call it a day. Not so with the 2020 Charger as there are four choices available.

Beginning with a 3.6-liter V6 and extending to 5.7- and 6.4-liter V8 engines, there’s a naturally aspirated powerplant for varying levels of performance and efficiency available. The 6.2-liter V8 exclusive to the Hellcat is the only boosted engine of this cohort. All four engines work with an 8-speed automatic transmission.

When it comes to performance, all eyes are on the Hellcat. The 2020 Charger features the standard amount of Hellcat power, specifically 707 horsepower and 650 pound-feet of torque.

That’s an incredible amount of power available and dwarfs the 300 horsepower delivered by the V6 and the 485 horsepower derived from its largest engine, the 6.4-liter V8.

How fast is this most powerful of all Chargers? We’ve seen 0-60 mph times of 3.6 seconds from published sources. Yes, that likely makes the Charger the fastest production sedan in the world. 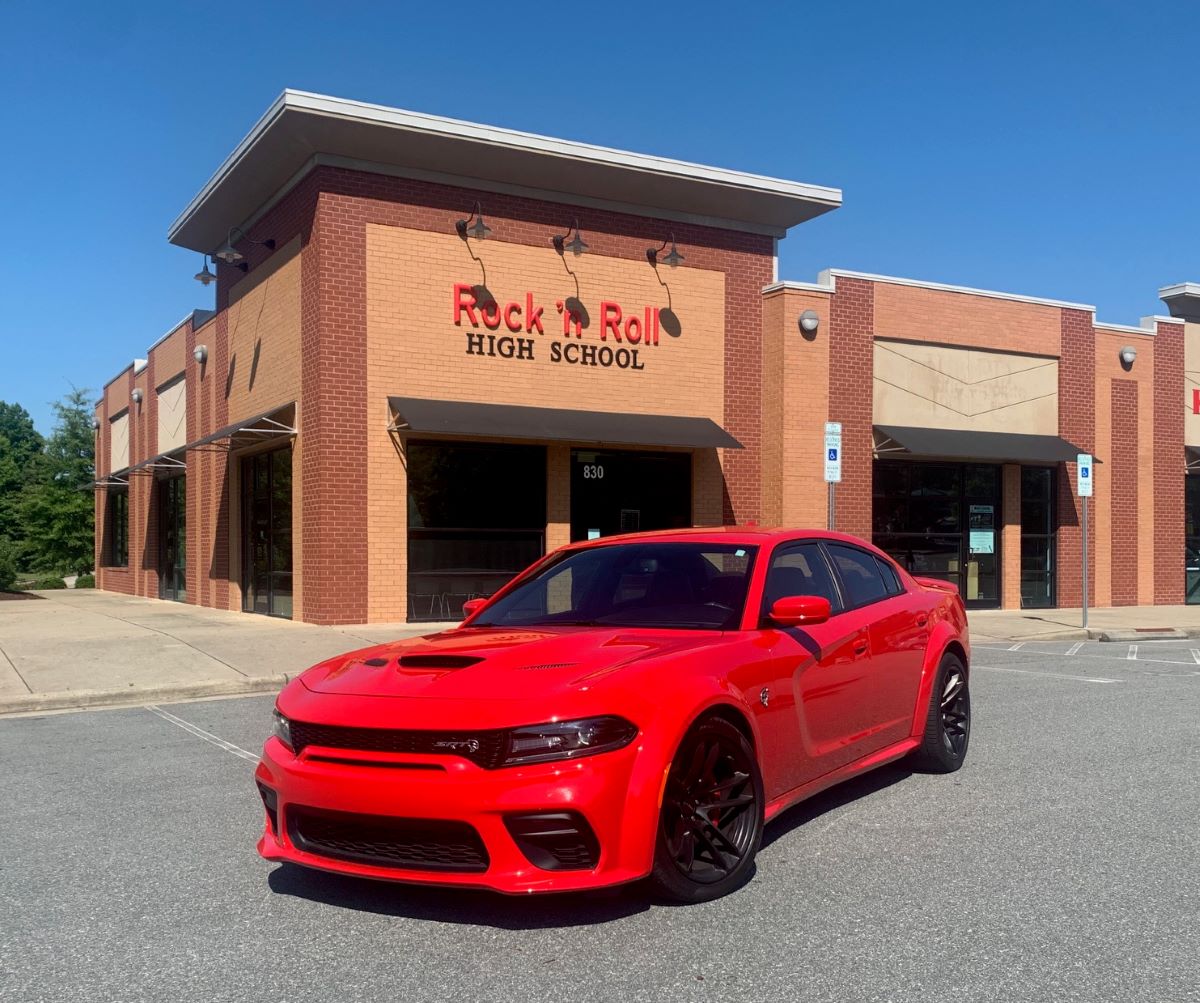 There is nothing subtle about the Hellcat’s performance. From the moment the ignition is engaged, the performance exhaust system percolates. I had a few people remark that the Charger is “very loud.” That’s what it is supposed to be – you’ll hear it coming well before it arrives.

Step-off acceleration is excellent, but it is when you “floor it” that the Hellcat’s awesomeness comes to bear. And this is where maximum attention and control is required – the rear wheels quite easily will give out from underneath this burly sedan, sending the SRT Hellcat into a spin.

This model is ideal for the straightaway, but extra caution is required on twisty roads and when entering and leaving corners. Its steering is weighty with direct handling. The Charger tracks well, but a measured increase in performance should result in a corresponding increase in personal attentiveness.

We like the Hellcat’s around-town moan as well as its banshee-like scream when pressed into action.

If 707 horsepower isn’t enough for you, then know that it’ll be bumped up to 717 horsepower for 2021. But the performance enhancement doesn’t stop there. We’ll also see a Hellcat Redeye variant roll out, this one based on the Challenger of the same name.

Here, Dodge upgrades the standard 2.4 IHI supercharger to 2.7 liters. Moreover, boost increases from 11.6 PSI to 14.5 PSI, while the redline moves up from 6,200 to 6,500. The Redeye also benefits from stronger rods and pistons, an enhanced oil capability, and a pair of dual-stage oil pumps (up from the current one).

Other upgrades include an all-new performance hood, mail-slot grille, and a cold-air intake fixed near the wheel liner. In all, the top-shelf Hellcat bakes 797 horsepower and 707 pound-feet of torque.

We know what 2021 holds for the Charger, including the Hellcat, but what about the long term? You may know that Fiat Chrysler and France’s PSA Groupe are planning to merge and will form a new company called Stellantis. If the merger passes regulatory scrutiny (and that’s never a guarantee), the new company should emerge in the first half of 2021.

We don’t know what that will mean for the Dodge brand, but we expect it will survive. Likely, the brand will continue in its present form for the short term, but new models based on PSA architecture seems likely. This could also mean the first plug-in Charger hybrid as well as other engine choices.

But as long as demand remains for performance models, the Charger, Challenger, and Durango should remain.

Options such as a Carbon/Suede interior, navigation, and Alcantara seats add thousands of dollars. With special paint and wheels, you’re looking at $80,000 before discounts kick in.