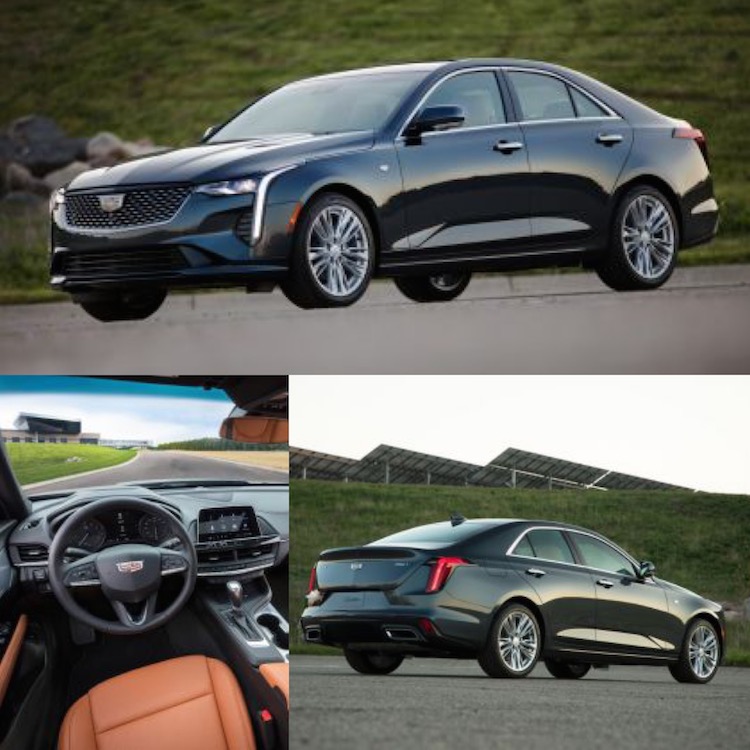 Think the sedan market is dead? Think again. At least that’s exactly what Cadillac wants you to do. Most definitely, sedans sales have fallen steadily over the past several years and will likely see them fall further as consumers embrace utility vehicles in greater numbers.

For its part, Cadillac is hedging its bets by expanding its SUV offerings and rolling out new sedans. The first new sedan is the midsize CT5, due this fall. Early next year, the CT4 will make its debut, a compact model. The CT6, a large sedan, is still available. Previous models, including the ATS, CTS, and XTS will eventually depart.

Cadillac introduced the CT4 last week through a social media campaign, eschewing the usual press event. That’s a risky move, given that influencers aren’t always able to reach the intended audience. In any case, that event is in the past, therefore we’ll examine what the CT4 holds for GM’s luxury brand.

1. Out with the old. In with the new. The 2020 Cadillac CT4 jumps in where the 2019 ATS leaves off. Both models share a 109.3-inch wheelbase, although the new CT4 is five inches longer. That said, Cadillac makes it clear the new model isn’t a refresh of the ATS, but an all-new sedan with updated powertrains to go with it.

2. Compact and athletic. A bold grille, strong shoulders, and a sweeping roofline mark the CT4. Lots of detail changes extend to the exterior lights, rocker panels, rear deck, and the wheel designs.

3. Rear- and all-wheel drive. Cadillac stays with a rear-wheel-drive platform with available all-wheel drive. This arrangement puts it on par with some of the best sedans in the class, including the BMW 3 Series, Mercedes-Benz C-Class, Genesis G70, and the Lexus IS.

5. No manual transmission. Sadly, the 6-speed manual gearbox offered in the ATS doesn’t get a nod for the all-new CT4. Instead, the standard engine relies on an 8-speed automatic transmission for gear swaps, while the larger engine gets a 10-speed. The take rate for manual transmissions continues to fall, otherwise, you’d see one offered.

6. Feature-laden, as you would expect. Cadillac loads its vehicles with key features, including standard imitation leather seats, LED interior lighting, a premium audio package, and dual-zone climate control. Move away from the base model and leather seats arrive. On some models, you’ll find alloy pedals, a sport steering wheel with magnesium paddle shifters, and a Bose audio system.

7. Advanced safety features, as you would expect. The name of the game with automakers these days is safety, as in driver-assist technologies. The base (Luxury) CT4 will offer an HD rear vision camera, but you’ll have to move up to the Premium Luxury, Sport, and V-Series models to gain everything else. These features include forward collision alert, front pedestrian braking, a safety alert seat, rear park assist, lane change alert with side blind zone alert, rear cross-traffic alert, front park assist, adaptive cruise control, enhanced automatic emergency braking, lane keep assist with lane departure warning, rear pedestrian alert, reverse automatic braking, and a head-up display.

Cadillac says it will roll out its Super Cruise semi-autonomous driving system sometime in the 2020 calendar year. Additional information, including pricing and release dates, will be offered later. We’ll also update our spec information at that time.