The 2018 Volkswagen Atlas is a midsize, three-row crossover SUV, the first model of its kind from this German automaker. Sure, the Volkswagen Group has produced sizable SUVs before, but Audi and Porsche claimed them. For reasons not quite known, the eponymous Volkswagen brand has always lacked such a model.

That’s all changing when, just before this summer, the 2018 Atlas arrives in dealer showrooms. Conceived, designed, and built in America, the VW Atlas fills a glaring gap in the brand’s lineup.

Not since the Chrysler-supplied Routan minivan’s cancellation following the 2014 model year has Volkswagen offered a seven-passenger model. Without one, the competition loomed as the only choice. Indeed, the Dodge Durango, Toyota Highlander, and Kia Sorento are just a few models that likely captured errant VW shoppers.

Although late to the party, the Volkswagen Atlas should quickly find its place in a popular segment. With an all-new compact Tiguan arriving later this summer, the automaker will have a strong mainstream SUV product line available to consumers. Add the Golf AllTrack to the mix and you’ll understand the depth of VW’s coverage. 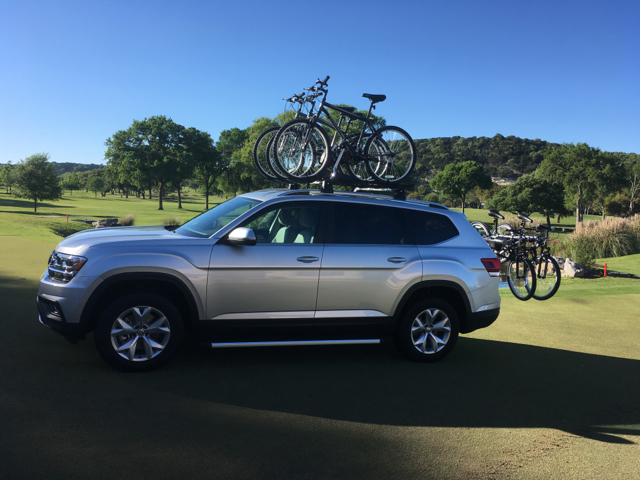 The VW Atlas has been in the planning stages for several years. Introduced as the CrossBlue Concept in 2013, the production version is similar, but different. Initially, VW showed a diesel hybrid, but those plans changed as the company became involved in an emissions scandal of its own doing in 2015. Instead of diesel and hybrid options, VW offers a pair of gasoline engine choices.

Five Grades and One Special Edition

Volkswagen will also provide an S Launch edition for $34,425. This model brings in the V6 engine and adds a sunroof, a larger infotainment screen, satellite radio, footwell lighting, and Homelink. The launch edition serves as a bookmark until the base four-cylinder engine is ready. 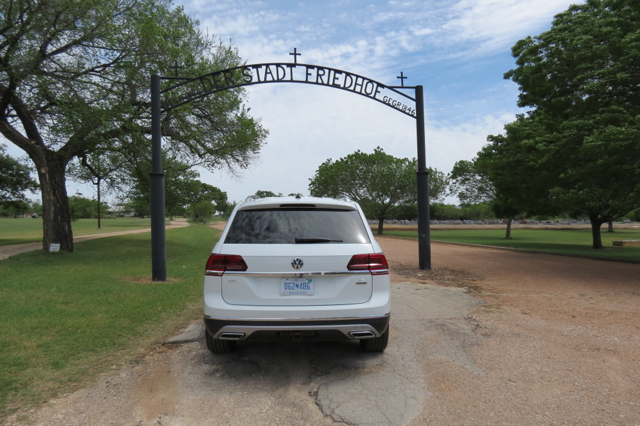 The Atlas’ front fascia includes the familiar VW horizontal grille with the brand’s insignia prominently displayed in the middle. You’ll also find LED headlamps with LED accent lighting, available fog lights, and a sporty lower grille opening. Distinctive creases run from the front to the back of the hood.

From the rear, you’ll find a liftgate spoiler, wraparound combination lamps with distinct LED lights, and a pair of exhaust finishers. Various trim embellishments are available, depending on the grade.

Crossovers in this segment typically offer room for seven or eight. Volkswagen plays it safe and went with the lower number. In a few moments, you’ll understand why.

Following the front bucket seats is a 60/40 split fold-down second-row seat, then a 50/50 split fold-down rear seat. Buyers can also choose to swap out the middle row for a pair of captain’s chairs ($625 option). 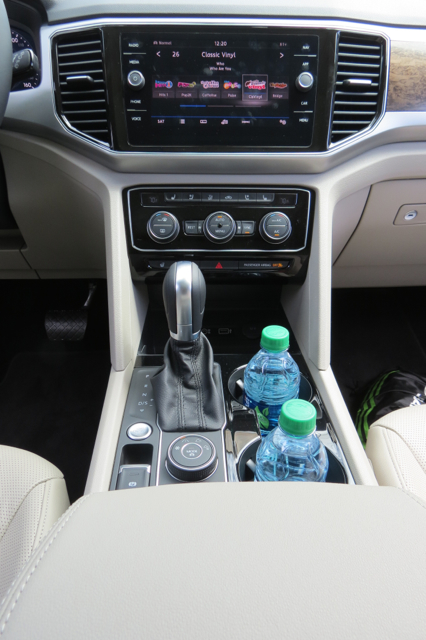 What’s notable about the Atlas’ seating arrangement is just how far forward the second-row seats move and tilt. I took a photo with car seats in place, but it came out too blurry. Trust me here: a tall individual can slip into the third row — I had none other than a six-foot seven-inch VW rep, John, sit back there. His head scraped the roof, but he fit. It is also a good thing that Volkswagen didn’t try to make room for three — there just wasn’t enough space.

All seating positions are comfortable, even back yonder. The third-row seats are typically lacking in support and padding, but not so in the Atlas.

As far as the rest of the interior, it offers an excellent example of Volkswagen fit and finish. Soft touch materials are in abundance, plastic is present but not obvious or overwhelming, and seats swathed in cloth, imitation leather, or leather complete the look. The instrument panel is simple, ordered, and the displays are easy to read. 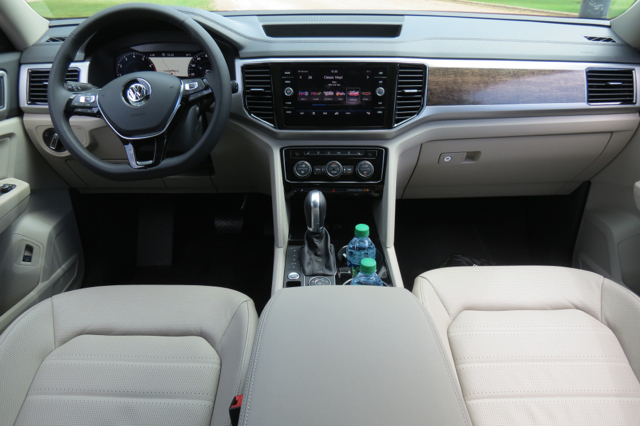 Volkswagen hosted journalists in Texas hill country to learn more about the Atlas and to test drive same. But there were only V6 models for comparison as the standard 2.0-liter, turbocharged four-cylinder engine will arrive later in the model year.

That base engine is similar to the one found in the Golf GTI, delivering 235 horsepower and 258 pound-feet of torque. It is available with front-wheel drive only and like the V6 it comes paired with an eight-speed automatic transmission.

All other models come outfitted with a 3.6-liter V6, the same engine available in the Passat. This engine makes 276 horsepower and 266 pound-feet of torque, the latter just 8 lbs.-ft. more than the turbo four. But the larger engine is the one with a 5,000-pound towing capacity, available by choosing the factory-installed trailer hitch. Otherwise, both engines can pull upwards of 2,000 pounds.

If I were shopping for an Atlas, I would put my money on the V6. Unless you’ll never carry a bigger payload — people and stuff — the four-cylinder might work for you. The V6’s payload capacity is just 1,213 pounds, with the turbo’s numbers coming in lower once published.

Step on the gas and you’ll feel the V6 come alive as you move out. Stomp on the gas pedal and your 0-60 mph time should come in around 8 seconds, but longer with more passengers onboard. The engine isn’t loud, the transmission shifts smoothly, and when climbing hills, the Atlas is up to the task.

Texas hill country offers a number of steep ascents and steady declines, and we took advantage of them. I’ve driven a number of competing models, including the Ford Explorer, Nissan Pathfinder, and Honda Pilot, and the Atlas matches each one well. The ride is smooth, the interior is quiet, and it likely checks all the boxes for most families. Importantly, it should be more than sufficient to keep VW enthusiasts in the product fold. 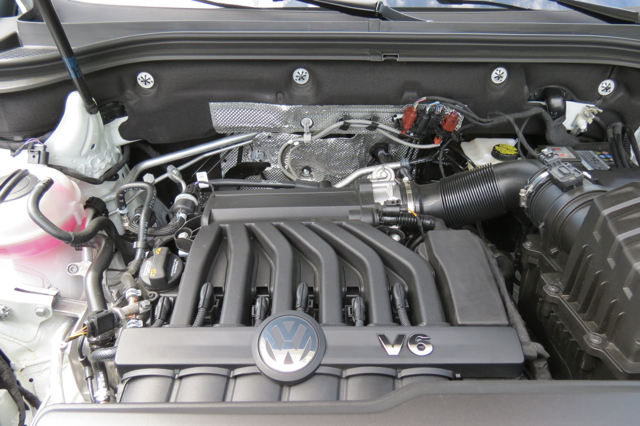 Volkswagen has been taking steps to overhaul its product line, especially its utility vehicles. The Golf AllTrack, although technically not an SUV, provides the interior room, versatility, and all-wheel drive capabilities of other small models, such as the Mazda CX-3, Jeep Renegade, and Honda HR-V.

The all-new Tiguan should address a problem inherent in this model since its 2009 release — size. Smaller than other models in this segment, the new Tiguan will offer an available third-row seat, putting it closer in size to the Nissan Rogue, Toyota RAV4, and the Chevrolet Equinox.

As for the Volkswagen Atlas, it’ll gain the distinction of becoming the brand’s flagship model. Sure, the Touareg is still available, but in all likelihood, this premium five-passenger SUV will be quietly retired as Volkswagen repositions the brand in an effort to serve mainstream shoppers. 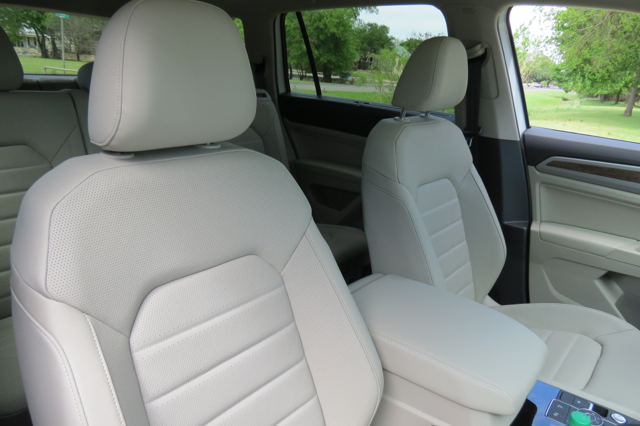 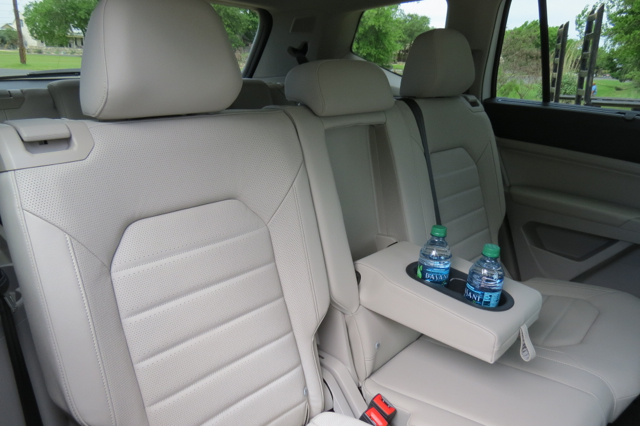 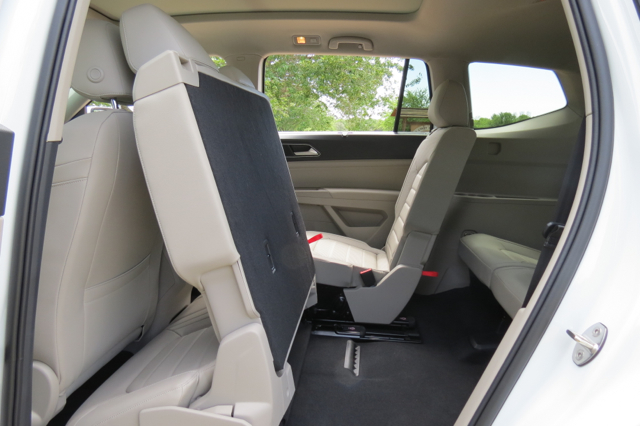 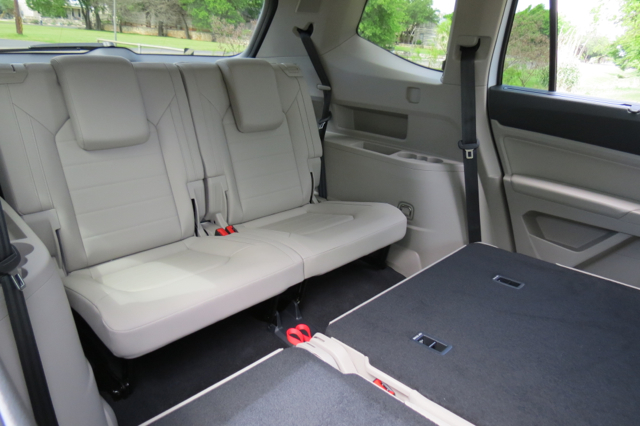 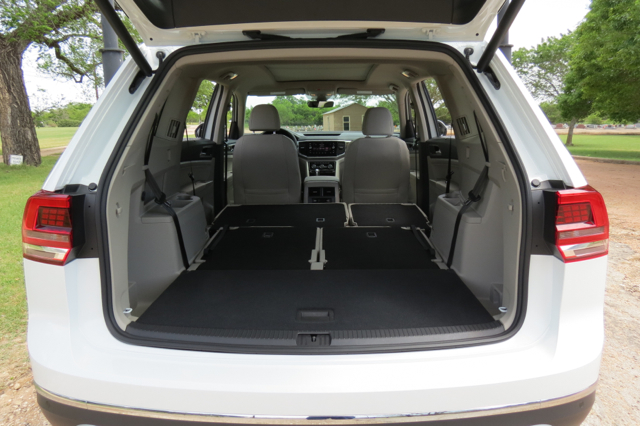 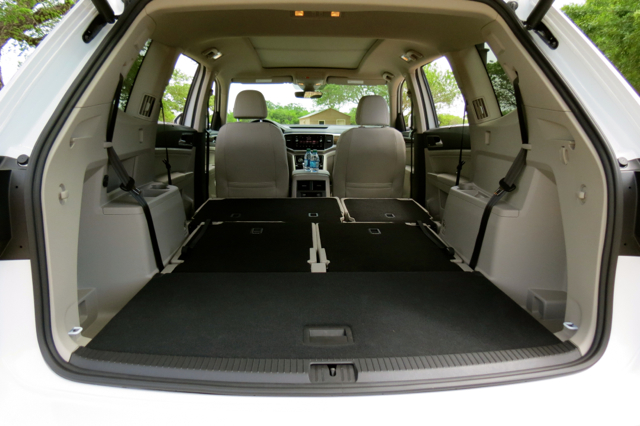