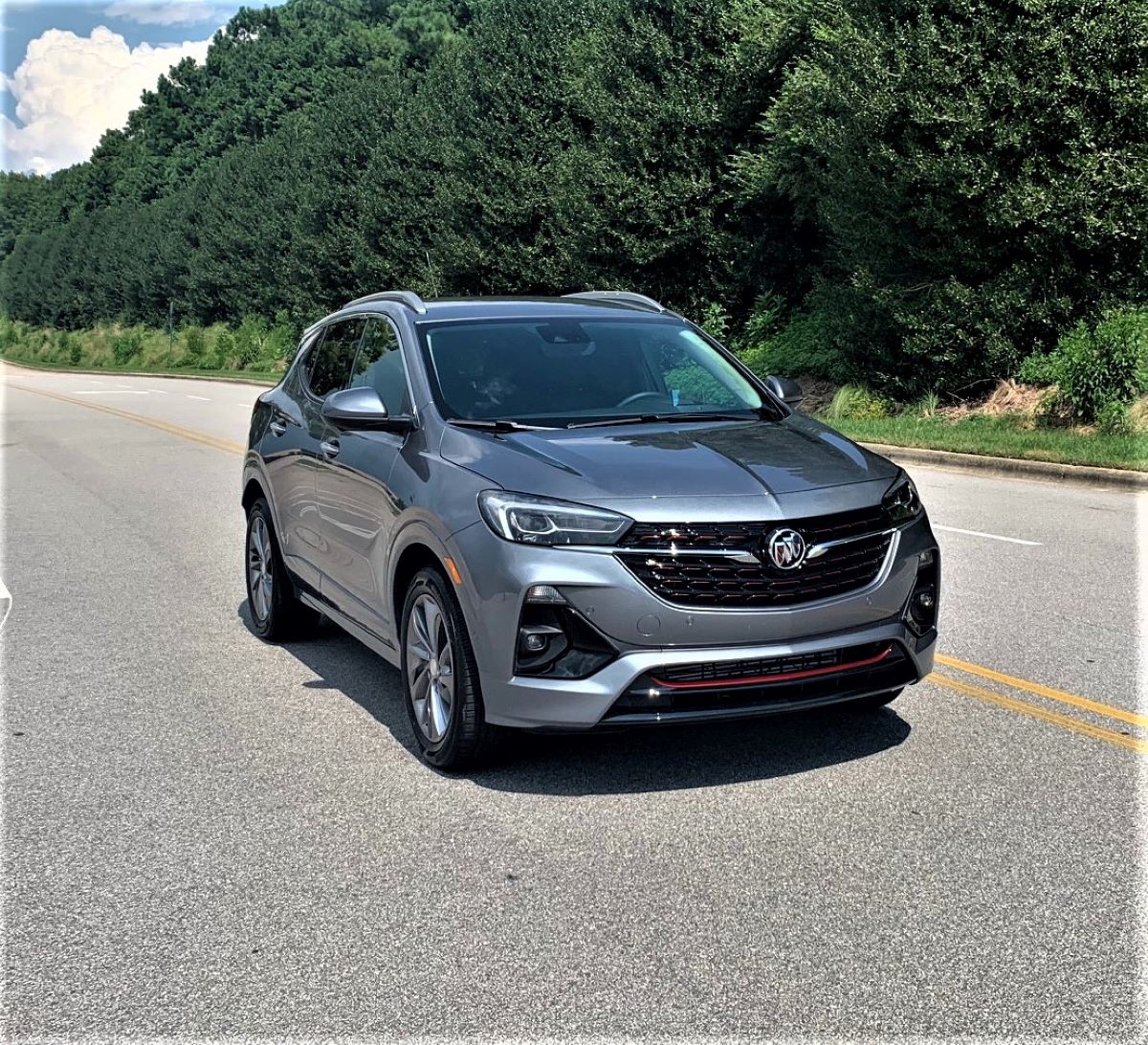 Buick supplies an encore to the Encore.

Nearly 90 percent of Buick sales are utility vehicles and that’s why names such sedan names as Century, Roadmaster, and LaCrosse have gone away. The only car model left is the Regal, represented by hatchback and wagon variants. But the Regal is in its last year as GM and the PSA Groupe (the new owner of Opel, the Regal’s supplier) go in a different direction. That leaves Buick with utility vehicles only. And with the transition to crossovers nearly complete, Buick introduced its fourth utility this year, the Encore GX.

The Encore GX is the encore to the Encore. No, it isn’t the same model. Instead, GM Korea developed a slightly larger model that sits between the Encore and the compact Envision. The Buick Enclave is this brand’s largest of four crossovers.

Buick prices the 2020 Encore from $24,100 to $28,500, plus a $995 destination charge. Three trims are available: Preferred, Select, and Essence. The Encore GX is a front-wheel-drive model that seats five. All-wheel drive is available.

You can’t ignore the Encore when examining the Encore GX. That Buick is using the same name for different models is odd, but here we are.

All color choices except for Summit White incur an extra charge, specifically $495 for metallic paint. Choose the White Frost Tricoat and the spend up is $1,095. You’ll pay extra for a power liftgate too ($520). 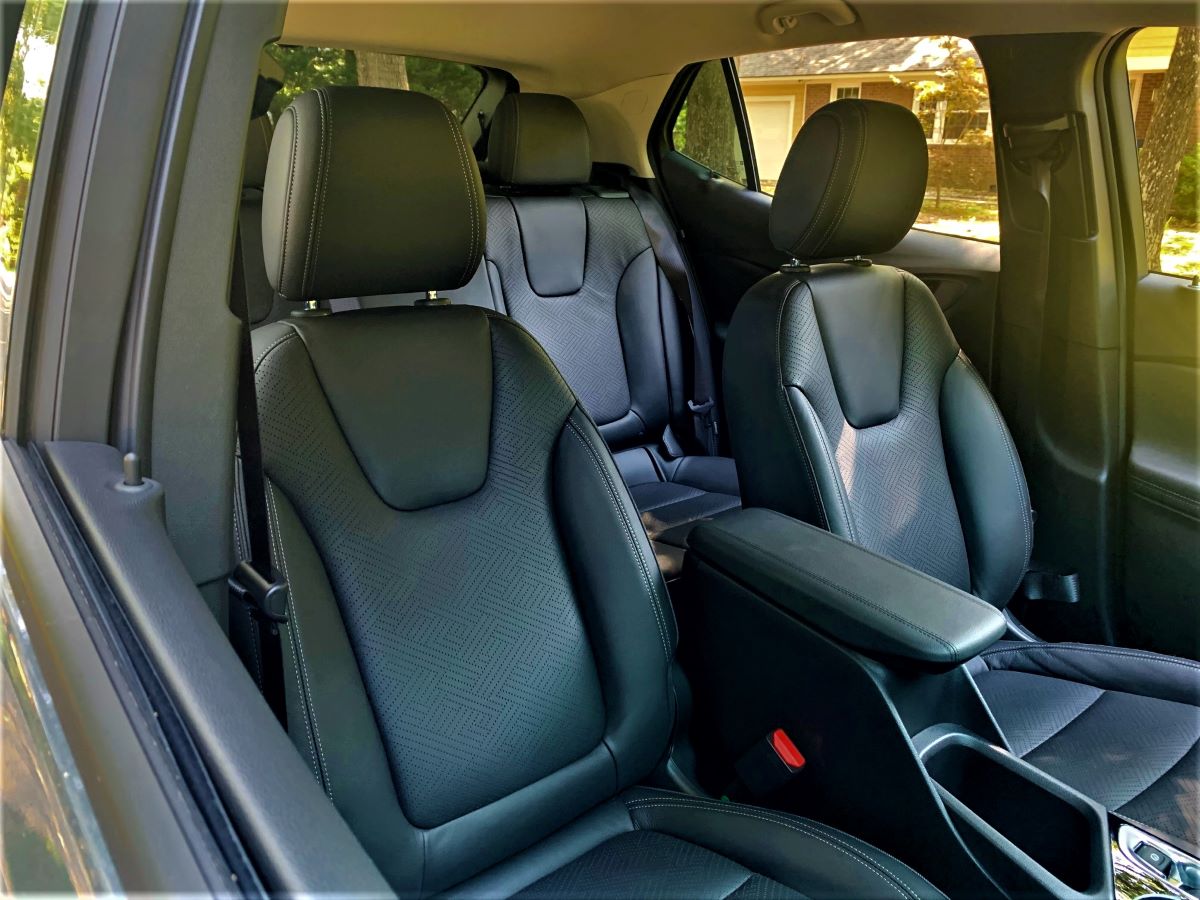 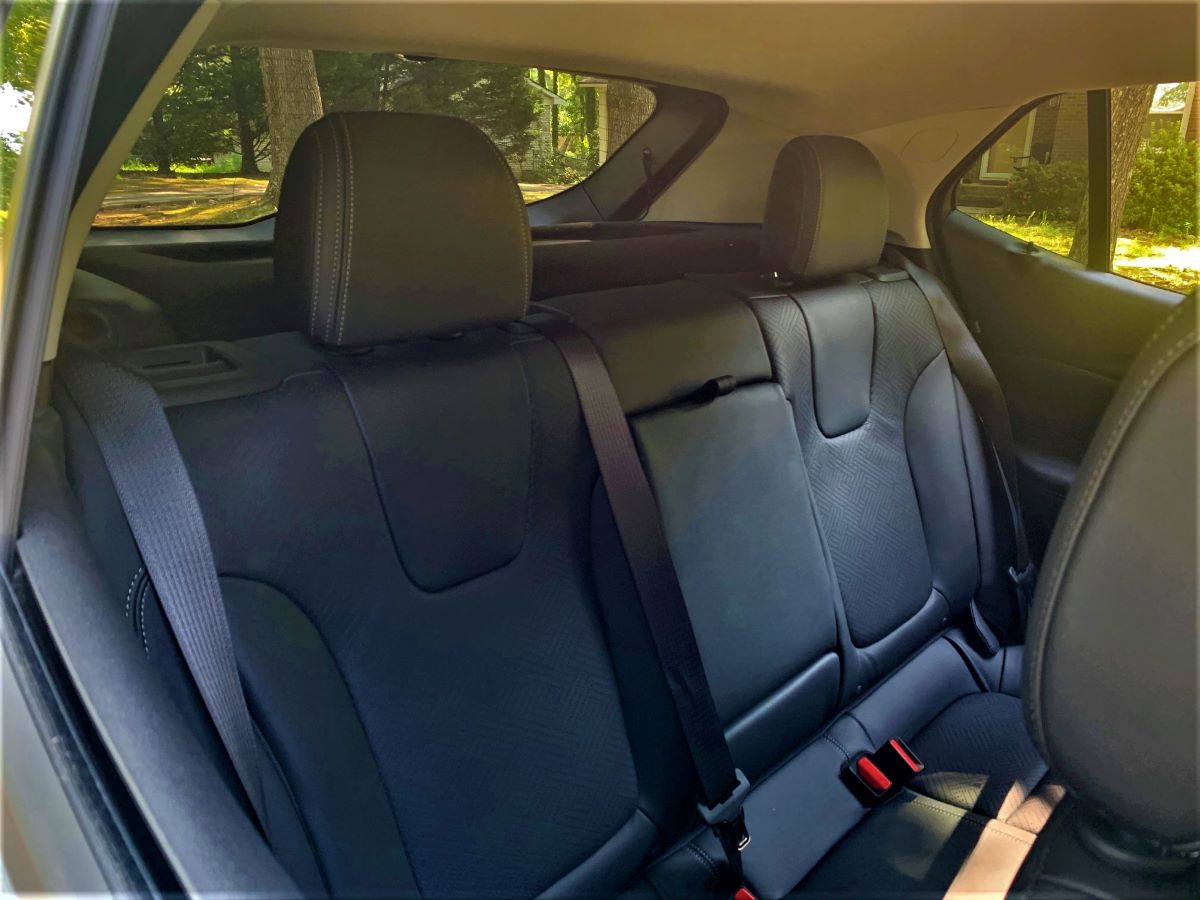 Slip behind the wheel of the Encore GX and the differences between this model and the Encore are apparent. Where the Encore is decidedly mainstream, the Encore GX has an improved appearance. Notably, the available black-and-beige two-tone color layout looks great and helps this model sport its premium mantle well.

Another notable advantage is the interior size. Though only 1.6 inches longer between the wheels, the cabin layout is smarter and supplies adequate space for rear-seating passengers. The Encore, also a five-seat model, is best for four occupants. But the Encore GX manages five seating positions better and has more legroom to show for it.

The GX’s front seats are average – more padding would help on those long trips, while large people may find them too narrow. We do like that the Buick’s controls are straightforward – neatly ordered and easy to discern. The carbon-fiber-like trim piece running across the dashboard is a nice touch. 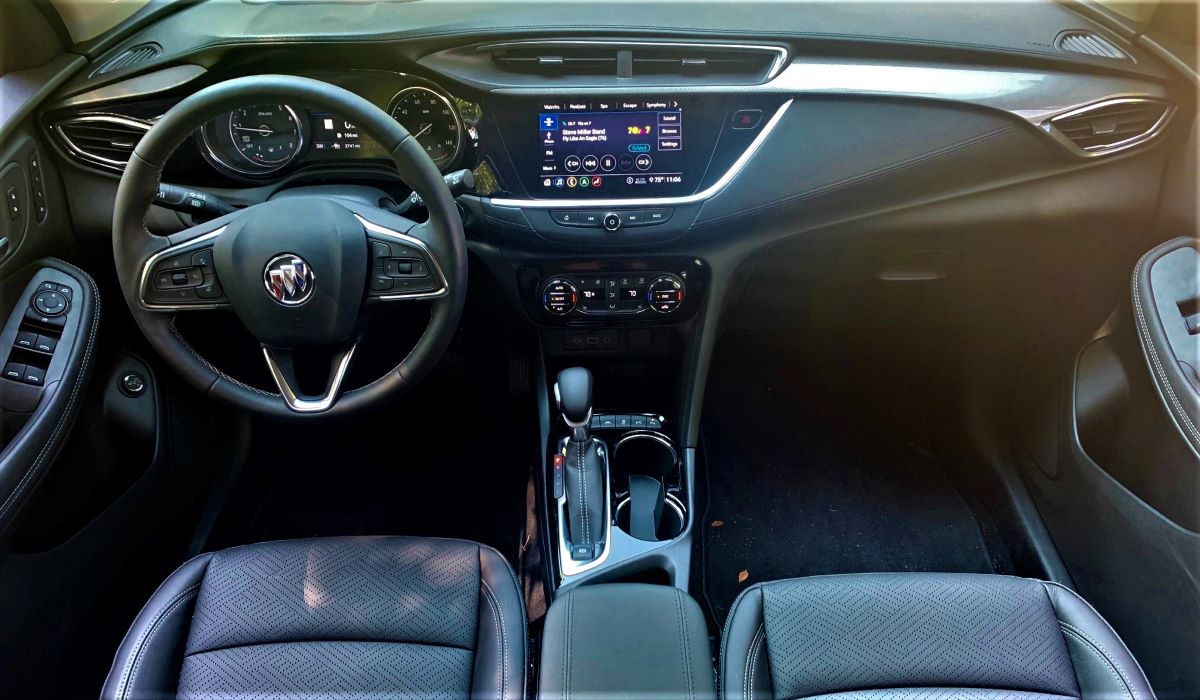 GM products typically perform quite well in all things technology. Buick is no exception.

Move up to the Select trim and Buick adds a remote vehicle starter system. Choose the Essence trim and a 120-volt power outlet is added to the rear of the center console.

If you want a navigation system, its bundled within an Experience Buick Package ($1,935) available on the Select and Essence trims. This package brings in a panoramic moonroof and an HD rear vision camera.

Move away from the Preferred trim and the Encore GX gains rear cross-traffic alert and lane change alert with side blind zone alert. Other available features such as adaptive cruise control, rear park assist, and a head-up display are bundled within an Advanced Technology Package ($1,935) on all but the base trim. 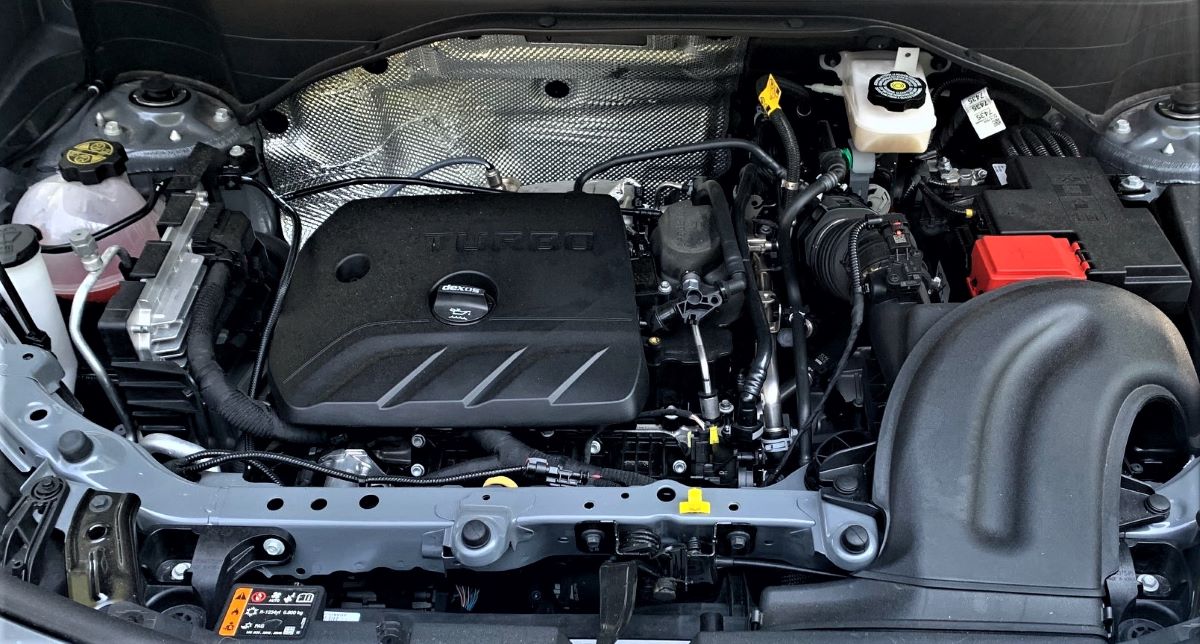 Buick supplies the Encore GX is two engine choices. Both are turbocharged and each one has just three cylinders. What’s interesting is that the engines are very close in size.

The first engine displaces 1.2 liters and makes 137 horsepower and 162 pound-feet of torque. This one works exclusively with a continuously variable transmission and is the only powertrain combination for the Preferred, a front-wheel-drive-only trim.

The second engine displaces 1.3 liters and makes 155 horsepower and 174 pound-feet of torque. This engine also works with a CVT, but if you choose all-wheel drive, then a 9-speed automatic transmission comes in.

Our test Essence trim came with the upgraded engine and front-wheel drive. At first, we were skeptical that it would have little more than enough power to move the Encore GX at a steady clip. After all, we noted that the smaller Encore has a turbocharged 1.4-liter four-cylinder engine. Happily, we discovered that the Encore GX shows no lack of power. Indeed, from its step-off acceleration to passing power, this small crossover supplied ample gusto at all times. We were pleasantly surprised to find turbo lag was nearly imperceptible.

The Encore GX excels where it needs to – sprinting down the road, maneuvering tight spaces, and delivering a tight turning radius. It supplies a quiet and relatively comfortable ride. Well, at least relative to what other small crossovers muster.

Another feature of this small crossover is its efficiency, but you need to choose the larger engine to get it: 30 mpg. That’s a laudable return on fuel economy for any SUV. That it comes with a peppy engine and has a CVT that knows how to behave makes it worth considering. Save your cash and don’t opt for all-wheel drive, a part-time system that makes only a minor difference in this small model.

Finally, if you need to tow, the Encore GX has a 1,000-pound trailering capacity. While we don’t recommend regularly using this feature for a small SUV, it is there when properly equipped. 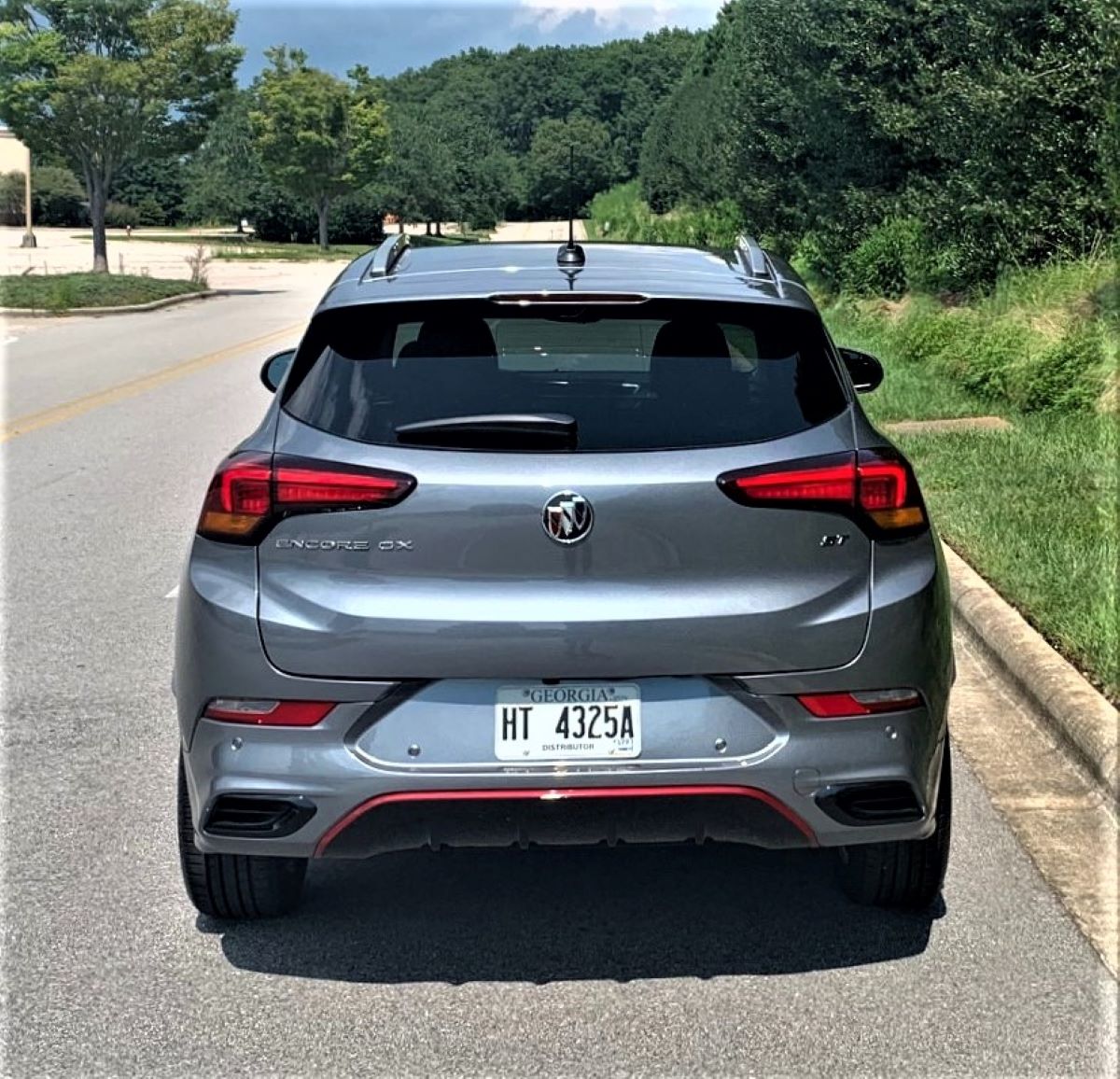 Buick is GM’s premium brand, thus its models are situated somewhere between Chevrolet and Cadillac and alongside GMC in the scheme of things. That said, it’s the mainstream models that invite comparison, including the Mazda CX-30, Ford EcoSport, Honda HR-V, Kia Seltos, Hyundai Kona, and the Nissan Rogue Sport, to name a few.

None of those models (with the exception of the Mazda), however, match the level of premium features as the Buick, so comparing base models from Acura and Audi, for instance, can also prove helpful.

Our recommendation is the Select trim. We’d stay with the standard engine and eschew all-wheel drive. There’s bound to be discounting and other incentives available, therefore we recommend opting for the power liftgate and the Sport Touring Package.

Your final cost should come in around $27,000 and that’s a price point we think is quite reasonable for this small crossover utility vehicle. 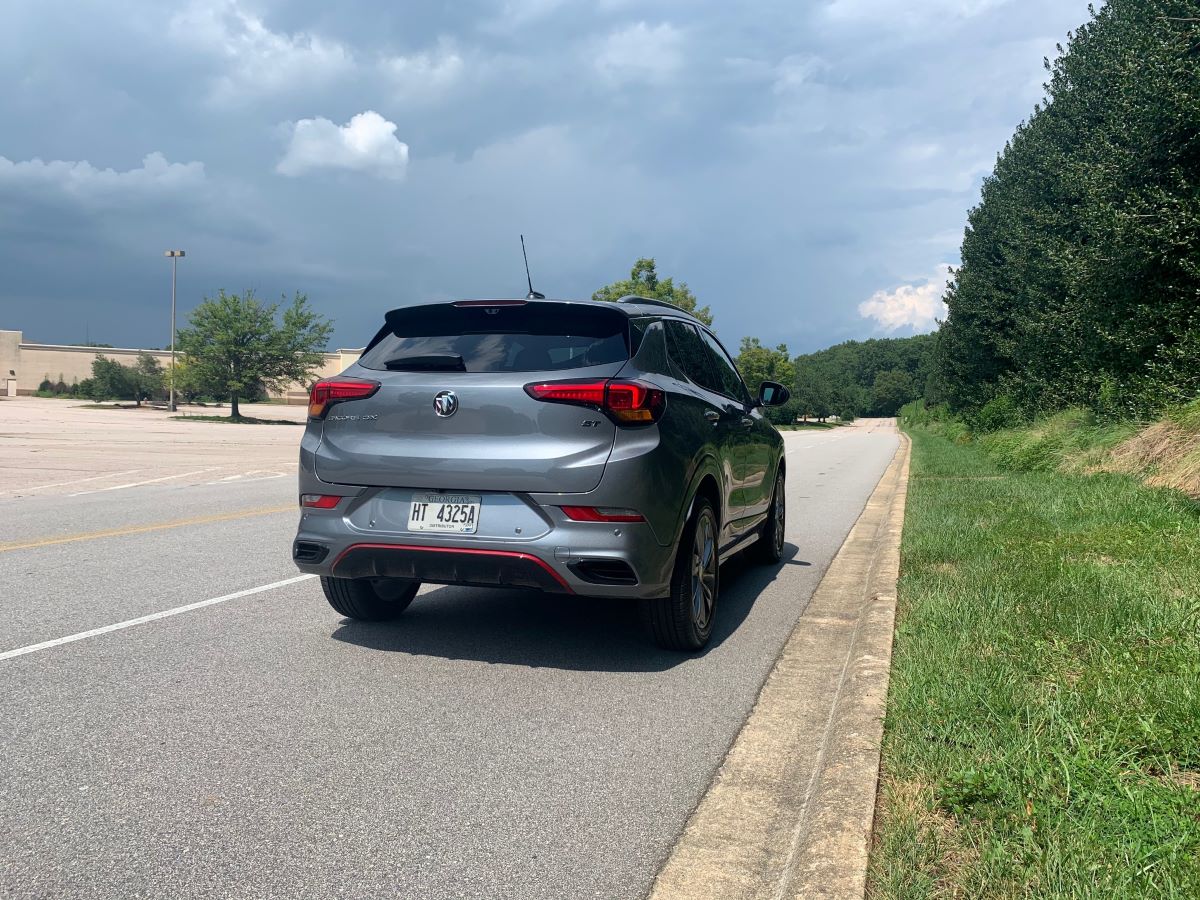