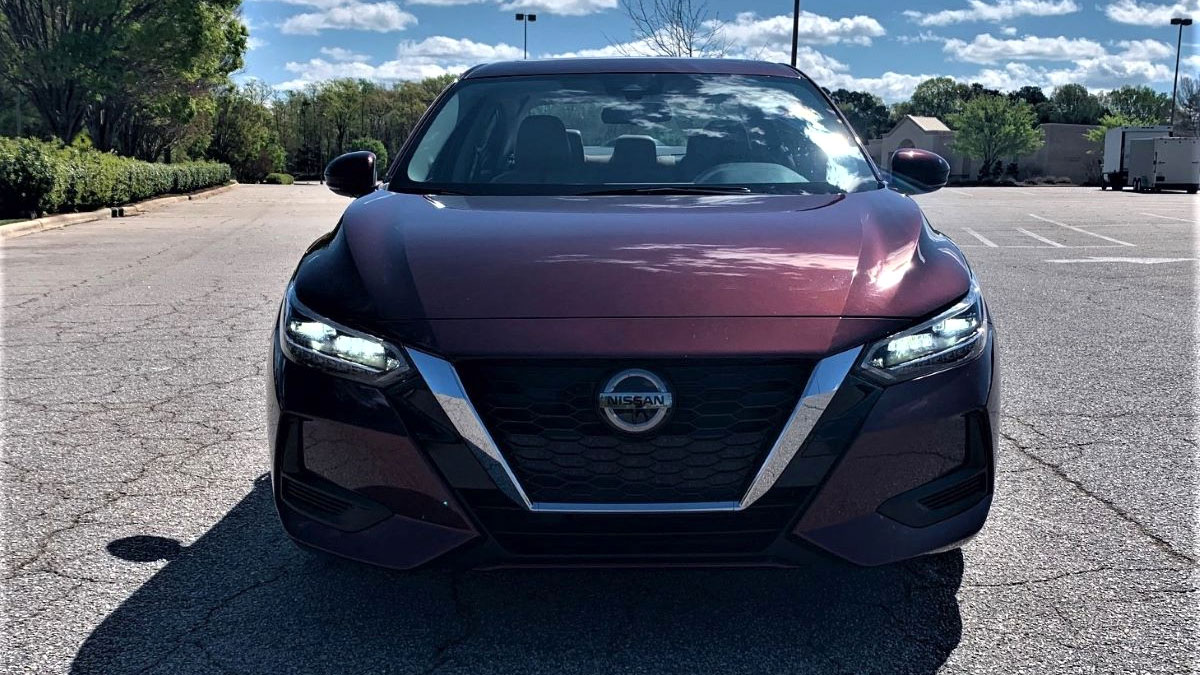 The market for cars continues to shrink, but some manufacturers are doubling down even as others depart the segment. For 2020, Nissan presents an all-new Sentra, its five-passenger, front-wheel-drive compact sedan.

The latest model is its most stylish one yet and borrows elements from the popular Altima sedan.

All models come with a four-cylinder engine paired with a continuously variable transmission. You’ll find one Premium Package option on the SV ($2,460) and SR ($2,170) trims. 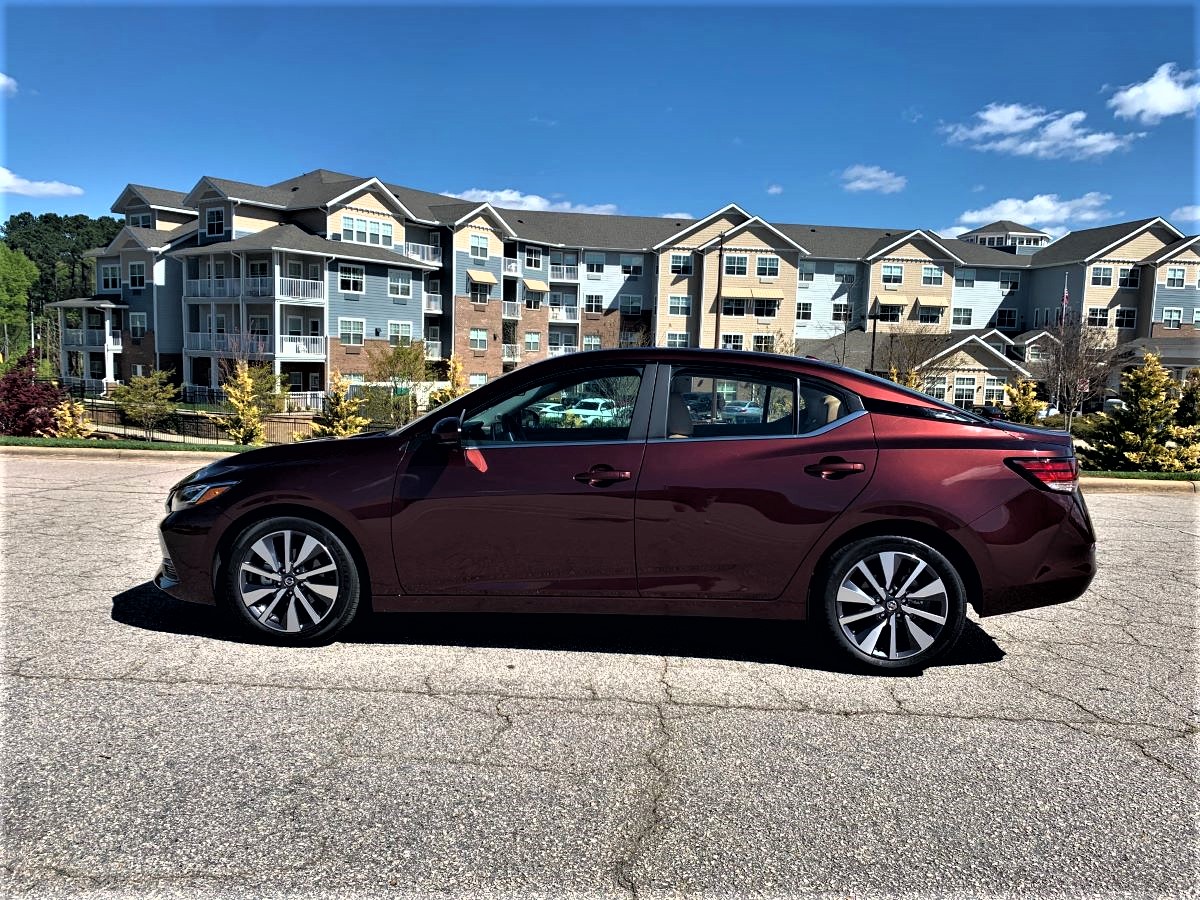 Up front, the Sentra has a gaping grille, narrow headlights, and distinct cutouts at the lower corners. Its profile features detailed character lines, body sculpting and a high and rising beltline. Where the roofline intersects with the beltline creates an elegant touch and gives the sedan an almost hatchback-like appearance.

A raised rear deck with narrow wraparound lights suggests a far higher price point. Happily, the Sentra is the antithesis of the econoboxes that once ruled the market.

Move up through the trim levels and Nissan adds such features as LED lights, chrome trim, aluminum-alloy wheels, side sill extensions, a rear spoiler, and a chrome exhaust finisher. The latter three are exclusive to the sporty SR trim. 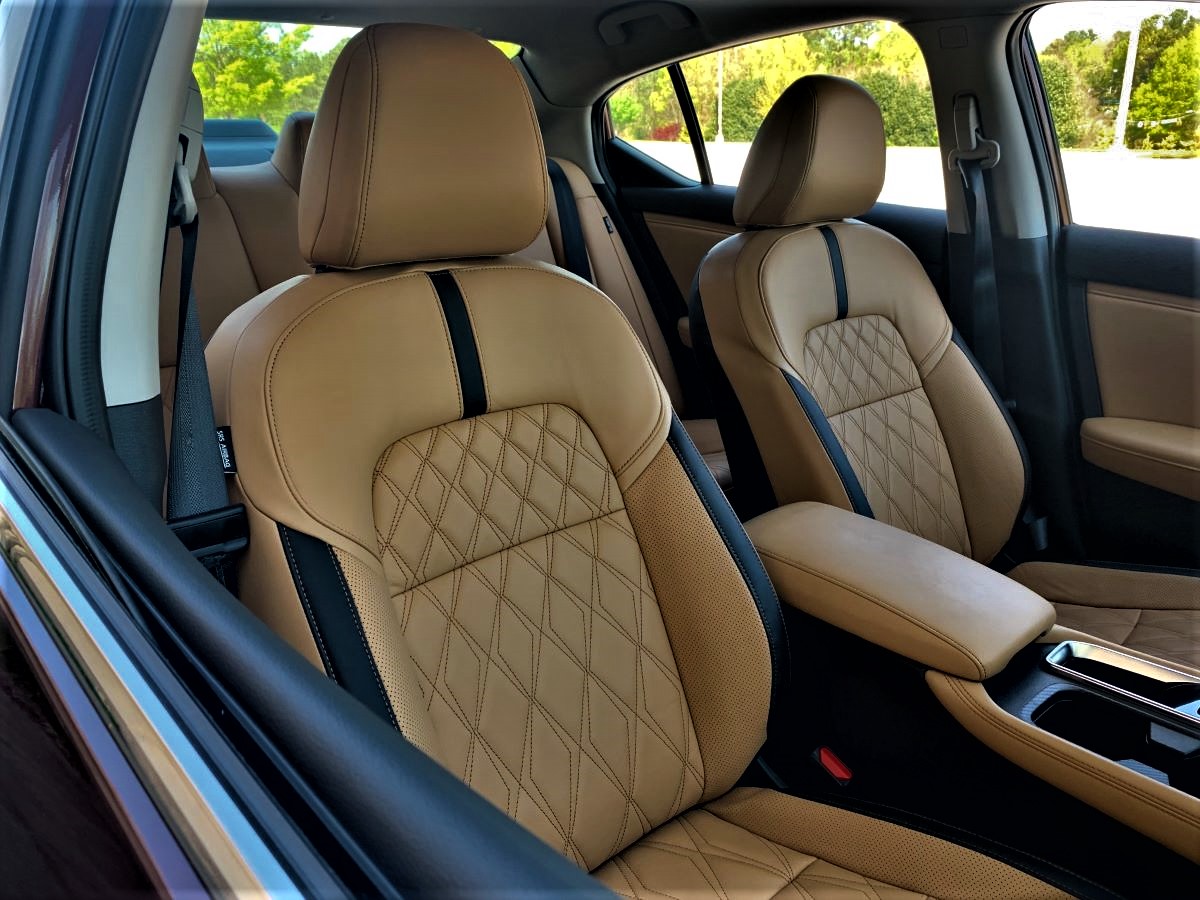 The standard cloth seats give way to quilted imitation leather seats when choosing the Premium Package. We point this out because our test SV model was equipped with them. They fooled us the entire week as they have the look and feel of real leather — very comfortable. 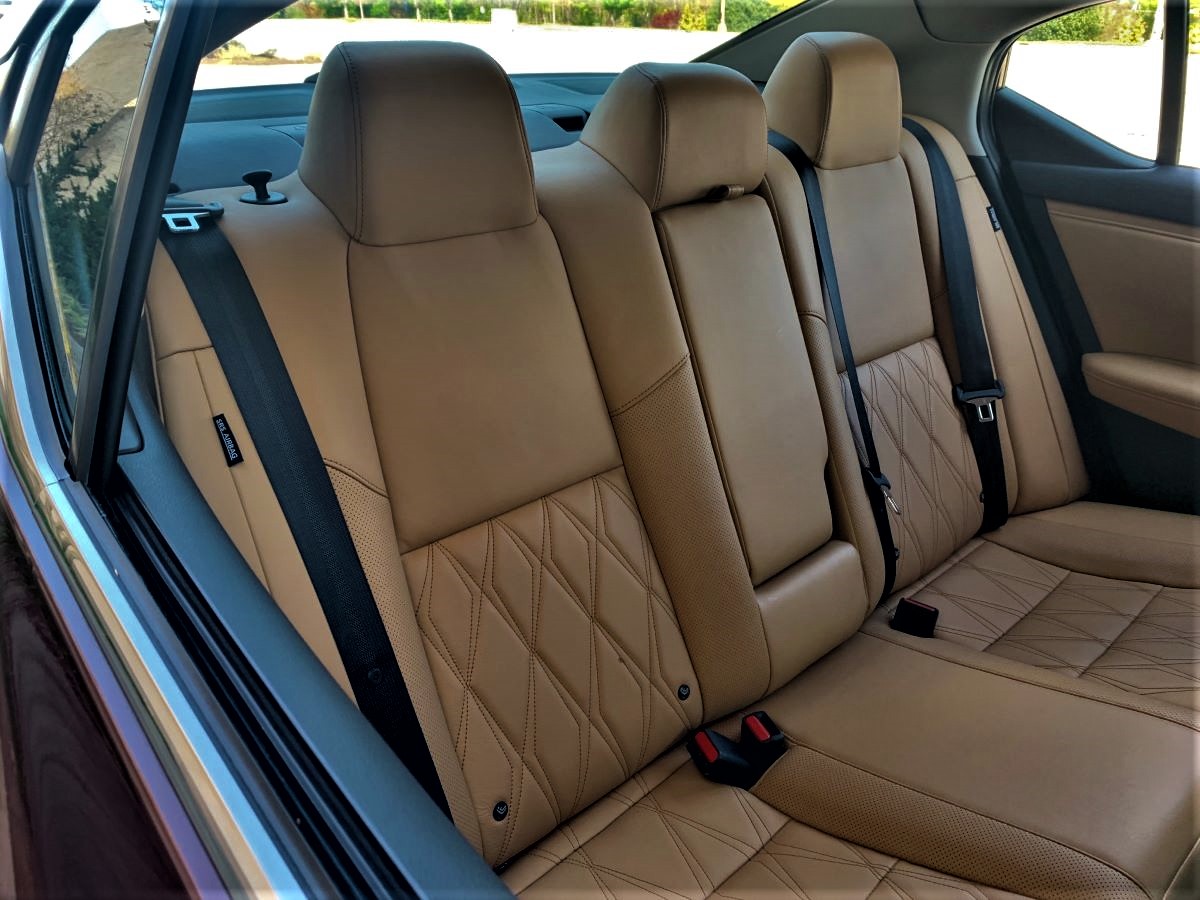 The elegance seems out of place in a small mainstream sedan, but we never complained. Instead, the package brings surprisingly welcome premium elements to the segment. 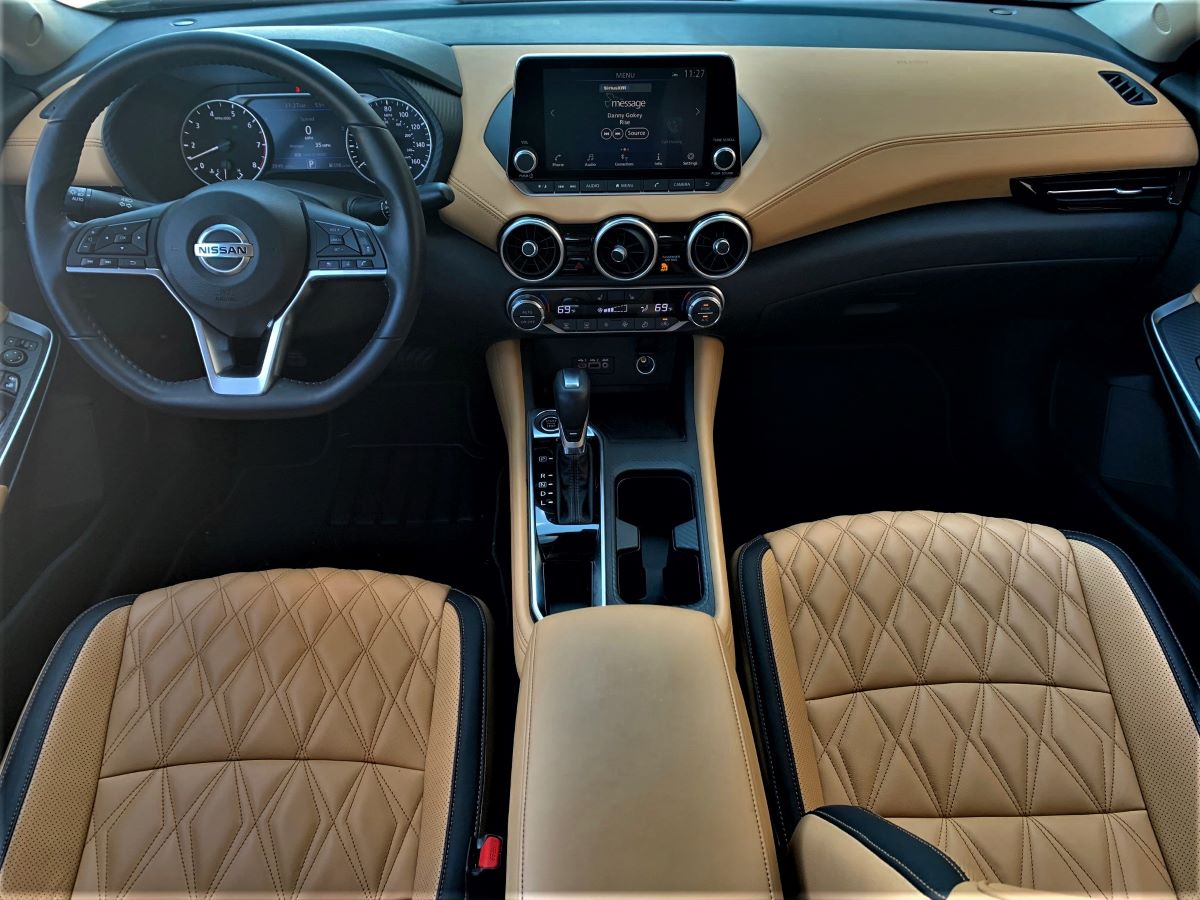 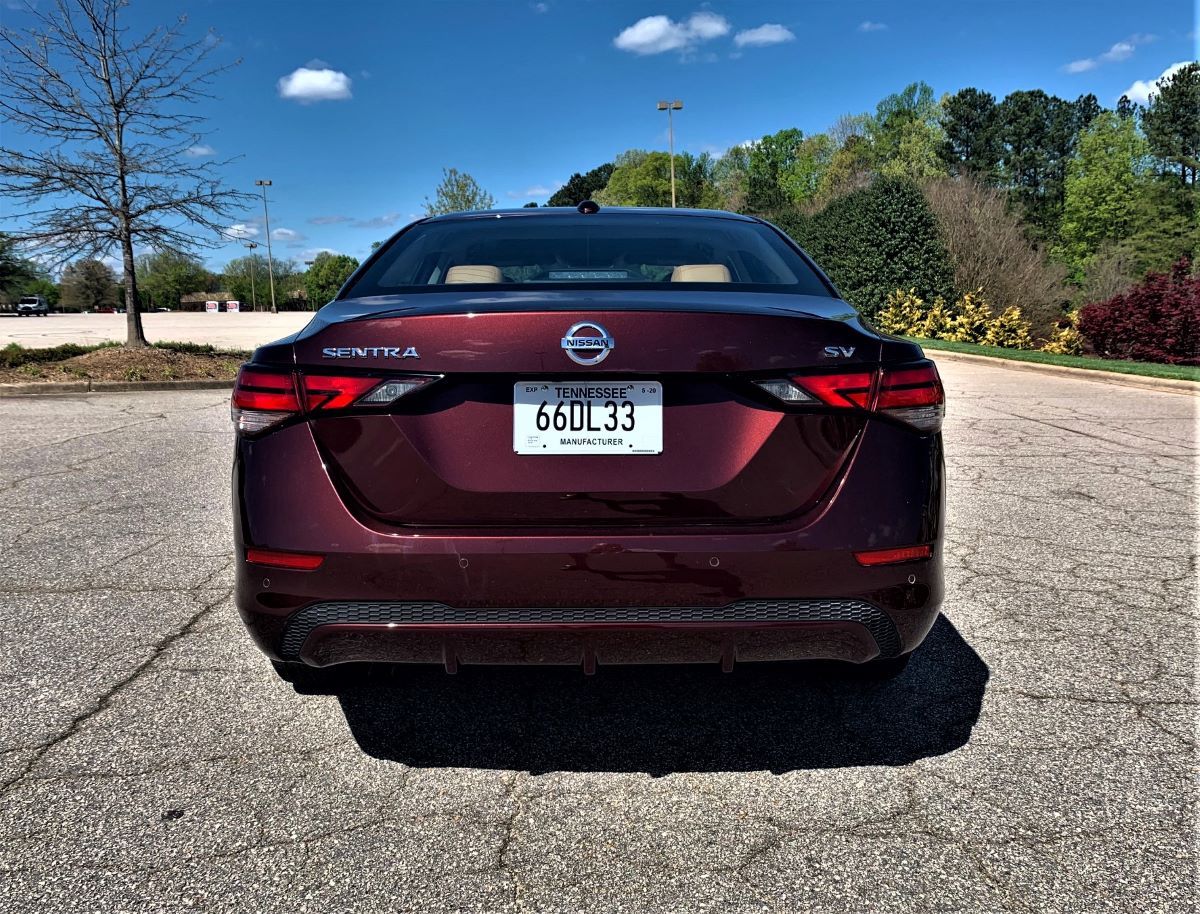 Under the hood of every 2020 Sentra is a 2.0-liter four-cylinder engine that develops 149 horsepower and 146 pound-feet of torque. Power travels to the front wheels utilizing a continuously variable transmission.

The Sentra’s most efficient model earns an EPA-estimated 29 mpg in the city and 39 mpg on the highway. You should have no problem approaching 35 mpg under most driving circumstances.

Step-off acceleration is adequate, although far from exciting. The Sentra is a Point A to Point B model, which means it does what it needs to do to take you where you’re going. Under hard acceleration the engine whines as the CVT stretches and ascend the RPM curve.

Thankfully, Nissan technology intercedes by dropping RPMs at various times, which takes pressure off the engine. You might be fooled into thinking a geared transmission is at work. If so, Nissan got this right.

We think either the SV or SR trims are the better choice, mostly for the added amenities, including the upgraded audio system, smartphone compatibility, and the premium cloth seats.

Yet, we would also add the Premium Package for the value it represents for the amenities offered. This is especially important if you plan to keep your Sentra for the long term as you’ll enjoy a nicely appointed vehicle that should look great for years to come.