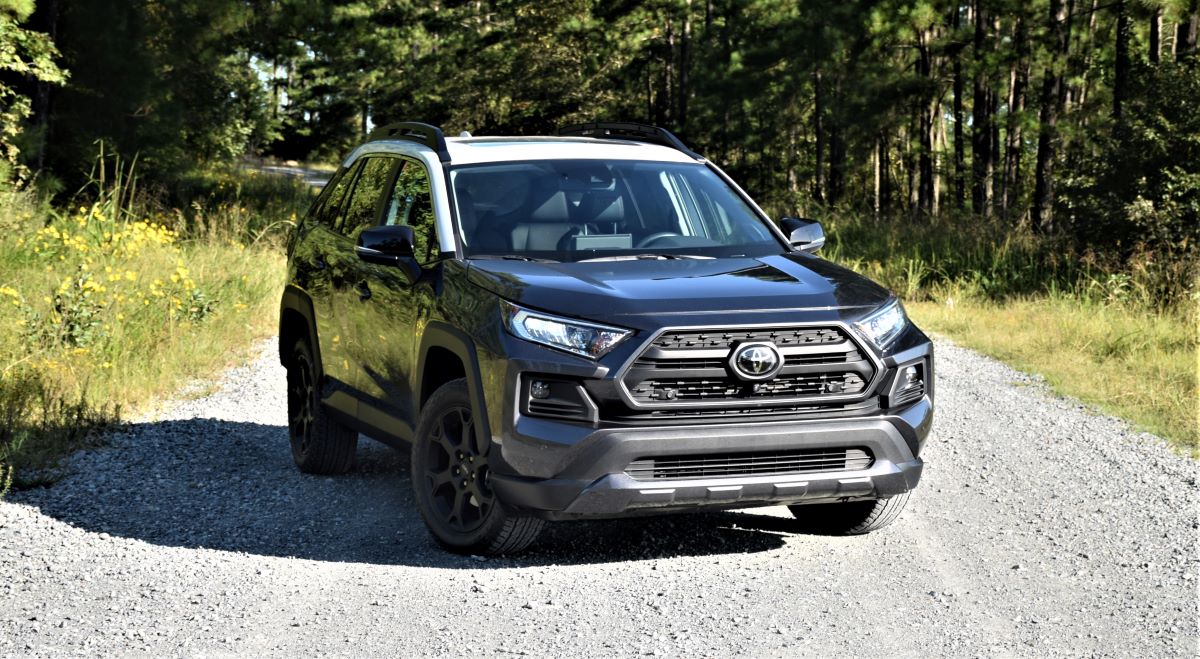 Prior to 2020, we saw a shift in car-buying habits that remains current today: consumers are moving away from traditional car models such as the compact Corolla and midsize Camry, and toward car-based utility vehicles such as the Toyota RAV4. Indeed, where the Camry and Corolla were the 1-2 sales punch for Toyota for the past two decades, both have been supplanted by the RAV4, which is now America’s best-selling vehicle that isn’t a pickup truck.

Before we move on, one personal note is in order: my wife and I have owned or leased a RAV4 for 16 years until we traded our more recent one in for a Corolla this year. The Mrs. is particularly fond of the RAV4 (and all Toyota products for that matter), thus it was easy to get her a second Corolla. As a journalist and new vehicle reviewer, keeping our biases under wraps remains important. We’ll endeavor to do so as we examine the current and fifth-generation Toyota RAV4 as presented to use in TRD guise. 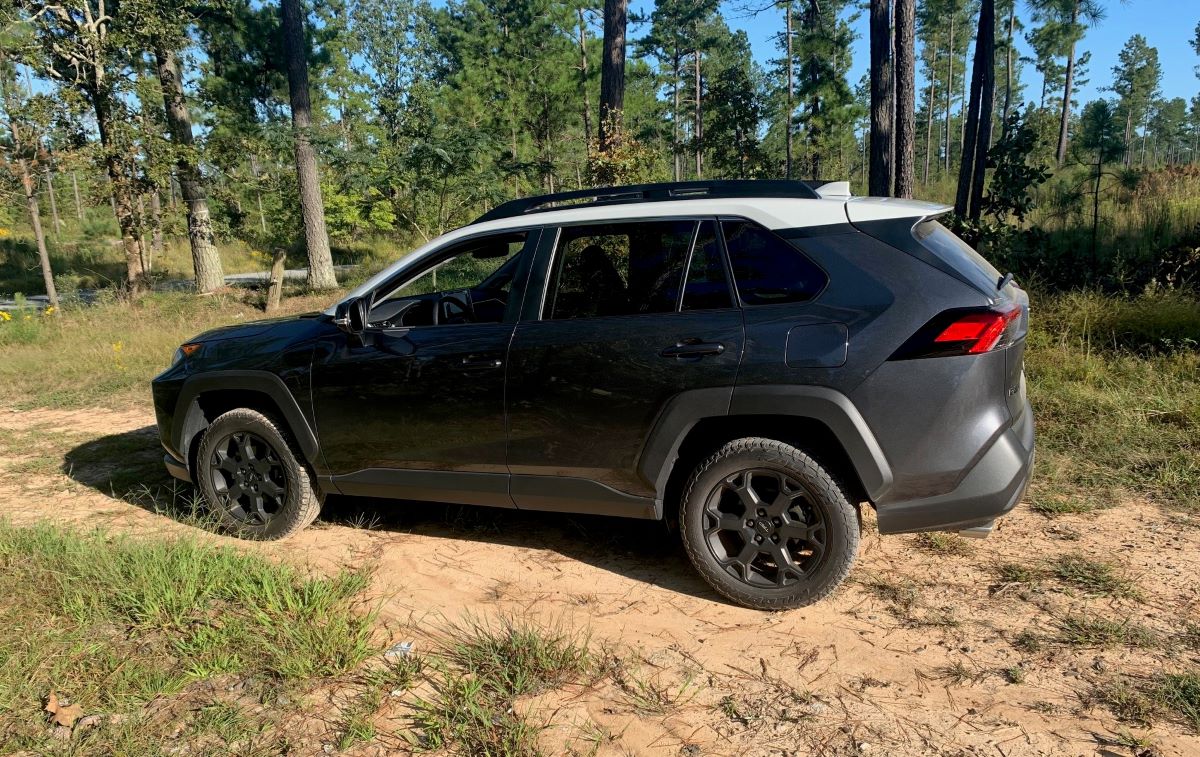 Available equipment includes a power tilt-and-slide moonroof. The Limited model makes available a panoramic glass roof along with the moonroof.

Roof rails are standard; roof rack cross bars are optional. All but the base trim have a power liftgate. 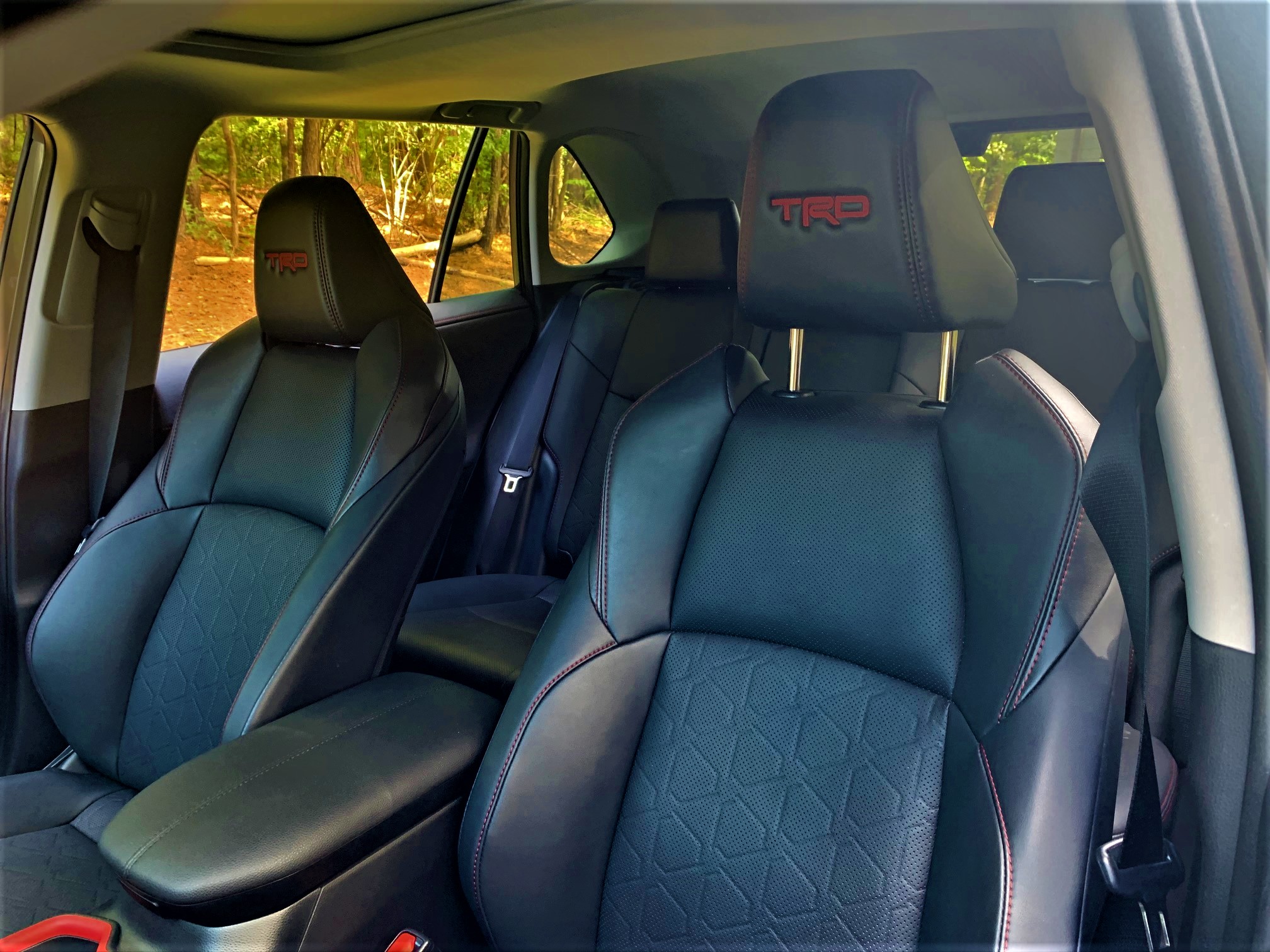 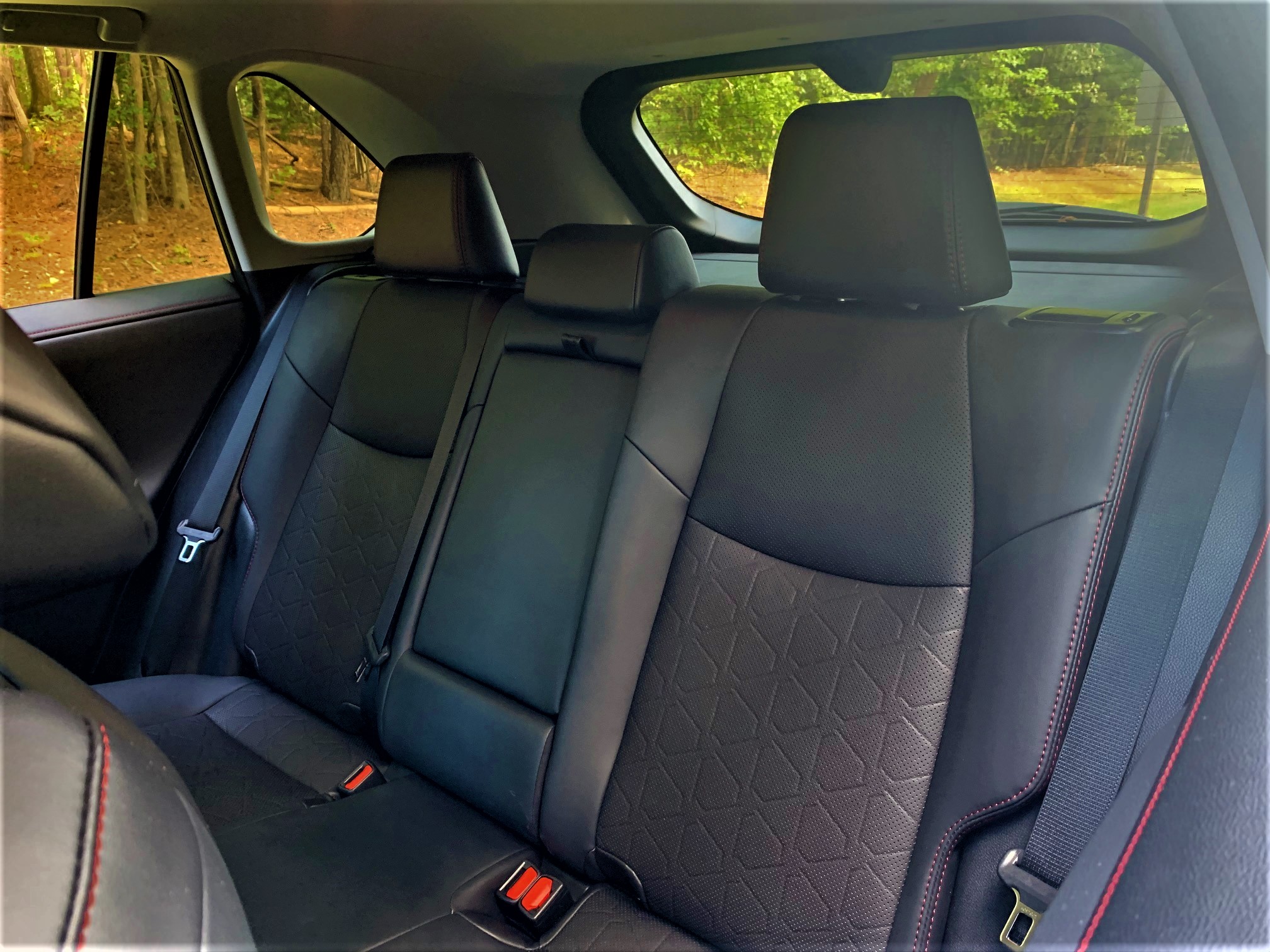 The interior is clean and inviting with driver and cabin controls sensibly placed. There’s also a lot of hard plastics within view, but that’s common to this segment. Most trims include soft-touch materials in plain sight – such as along the dashboard. Both the LE and XLE have a urethane-wrapped steering wheel; you’ll find leather beginning with the XLE Premium.

Toyota describes the standard seating surfaces as “fabric-trimmed” which represents a type of cloth material. Most trims use SofTex, a synthetic material that has the look and feel of real leather. We find this trim comfortable and breathable; some buyers like it because no animal-based materials were used in the manufacturing process. Interestingly, real hides are not available on any trims, although the steering wheel and shifter are wrapped in leather on most trims. 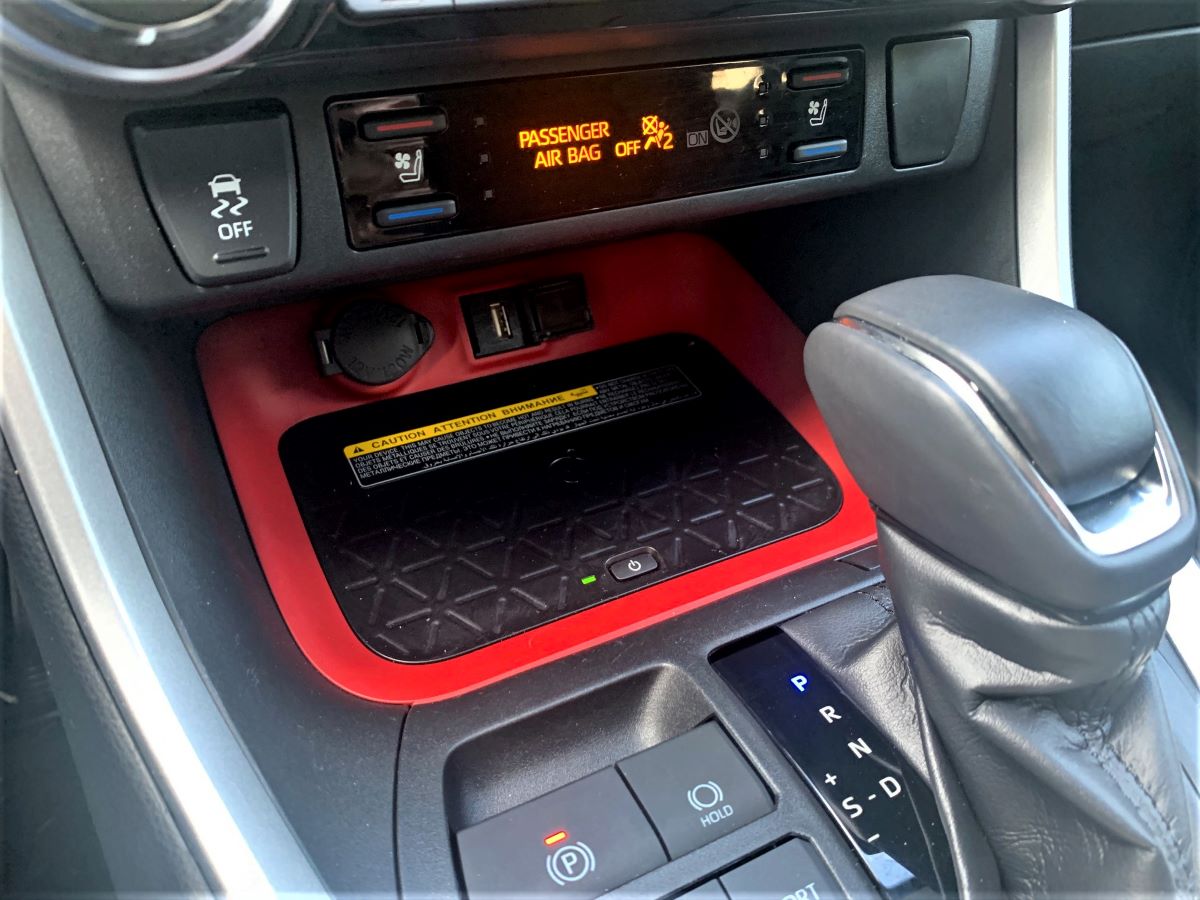 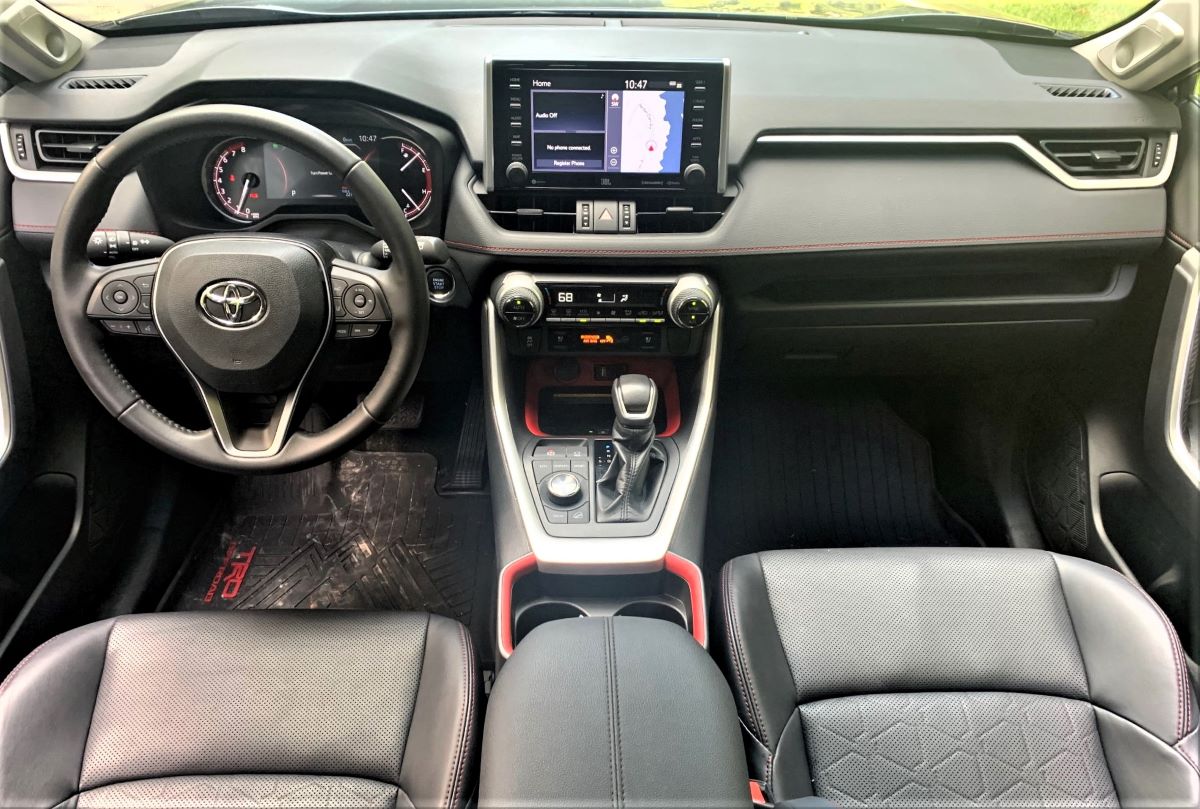 Utilizing all-wheel drive instead of four-wheel drive puts the TRD Off-Road at a disadvantage, but one Toyota tries to overcome by utilizing what they call a “Multi-Terrain Select and Rear Driveline Disconnect.” The second portion of the system prevents power from shifting to the rear wheels in most driving situations, conserving fuel. Otherwise, 50 percent of the power shifts rearward and that’s important when going off road.

With this in mind, we first tackled a favorite gravel road, sensing power shifting to the rear wheels with the second mode dialed in. Carefully, we exited the road for well-trodden clay-covered spot, circling around to gauge grip. The big challenge, though, was climbing up or descending any sharp angle as the RAV4’s guidance system warned us of danger ahead. By essentially crawling forward and moving the steering wheel sharply to the left and to the right, we avoided scraping the front bumper. Certainly, this wouldn’t have been a concern of ours with a real four-wheeler, but it was with the RAV4. 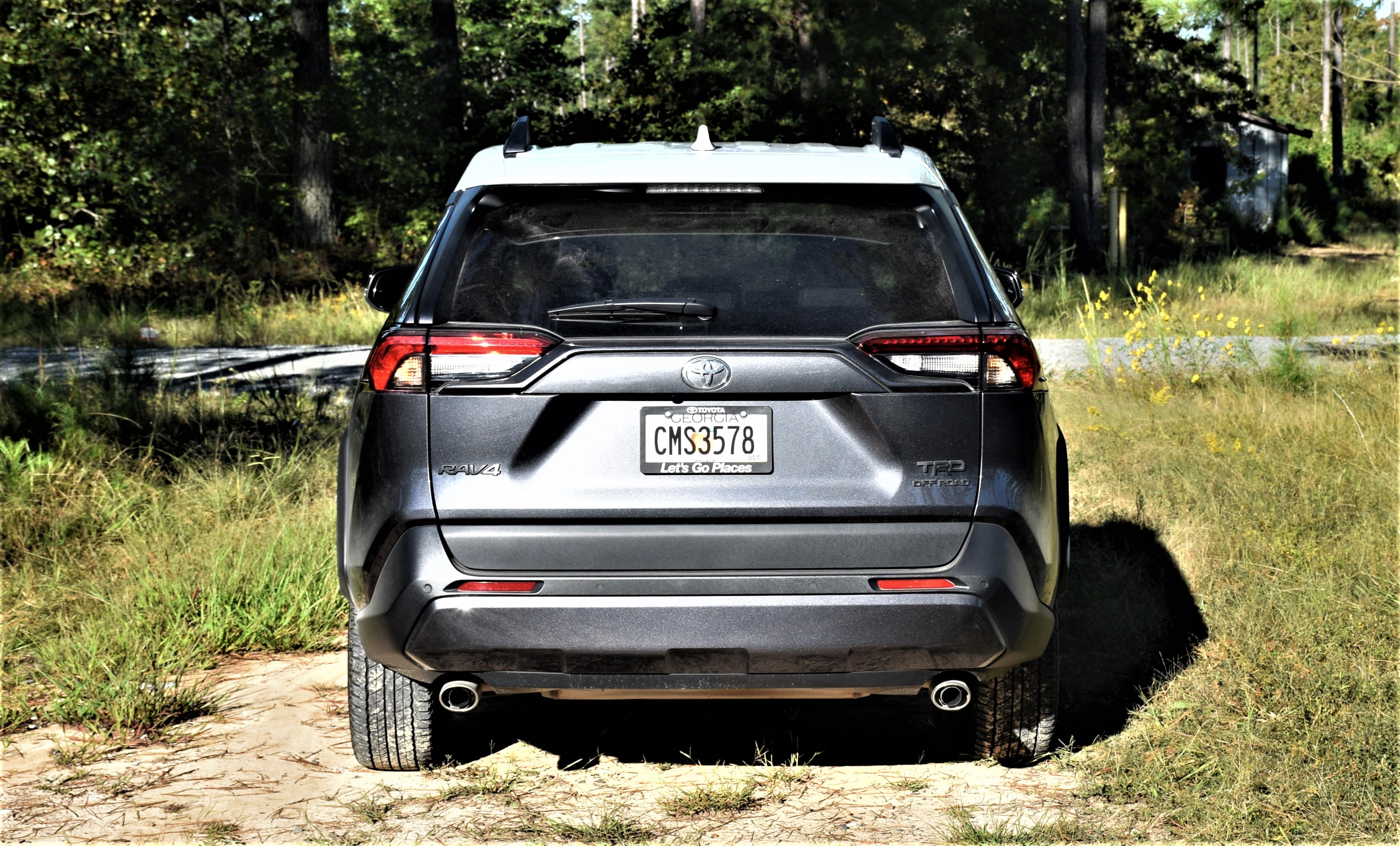 The RAV4’s chief competitors include the Honda CR-V and the Nissan Rogue. Throw in the Rogue Sport for good measure. Other models in this segment include the Mitsubishi Outlander, Subaru Forester, GMC Terrain, Ford Escape, Chevrolet Equinox, Dodge Journey, Jeep Compas, Mazda CX-5, Hyundai Tucson, Volkswagen Tiguan, and the Kia Sportage. Did we leave anyone out? That’s possible as there are several models that are near competitors, which gives consumers a lot to consider when shopping for a small utility vehicle.

If you’re seriously considering a RAV4 TRD Off-Road model, we think you’ll want to put it side-by-side with the Toyota 4Runner. The reason is simple: although this special version of the RAV4 has some off-road capabilities, only the 4Runner can handle tough terrain. Indeed, with its traditional body-on-frame design, stout engine, and tuned suspension, it’s the one you want to handle water fording, axle articulation, and other challenges of the trail less traveled. And with a beginning price of $36,340 ($38,315 for the Trail Edition), the cost for a 4Runner is in the same neighborhood as the RAV4.